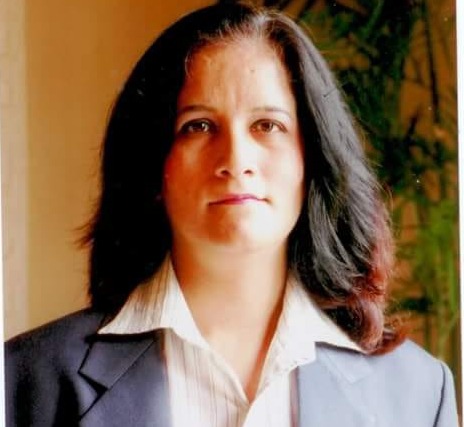 The historic struggle and unprecedented sacrifices from the people of occupied Jammu and Kashmir against Indian State terrorism and brutality there is no other choice for UN to implement its resolutions regarding self. In fact the UN current eye opening report on occupied valley about the worst violations of human rights perpetrated by the Indian forces has uncovered the real face of India.

According to the report of UN on India Occupied Kashmir “India with its occupation of Kashmir is not only abusing the valley itself, but also the rights of the Kashmiri people and this abuse is in continuation for the past seven decades. Despite using the brute force, Indian forces are struggling hard to conquer the people of Kashmir, who through resistance have penned down the history of valor and courage.

The chief, Zeid Ra’ad Al Hussein, wants the Human Rights Council to form a Commission of Inquiry (COI) to carry out an independent international investigation into allegations of human rights violations in Kashmir. It is encouraging to see that the UN has shown its concern over India’s violation of human rights in the colonized territories of Kashmir. 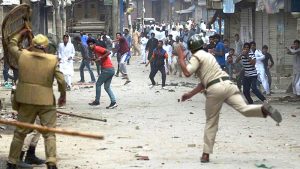 The report is the result of remote monitoring of the region for almost two and half years when India declined Zeid’s wish for unconditional access to Kashmir. Although the report details the account of Indian abuses in the valley, the chief asked India not to repeat examples of excessive use of force, when Mr. Zeid should have appealed to the international community to play its role in forcing India to quit the region.

The UN report also criticizes the constitutional and legal structures that Indian government has put in place to provide legal protection to its soldiers from the legal system of India. It is about time to constitute a COI over the situation of human rights in Kashmir.

And the COI’s findings should serve the purpose of the first step in decolonizing the valley and granting the people their inherent right of self-determination”.

Pakistan believes in peace and stability in the region, so he never went offensive but on the other side India is trying to detonate the situation continuously on the Line of Control, Sialkot working boundary openly with troops and from Afghanistan and Iran in proxy through RAW.
So-called election drama and two puppets Abdullah and Mufti families didn’t help India to change the mind of Kashmiris. Famous Indian journalist Arun Dhatti Roy exposed the realities and told the World Community that what’s going on in the occupied valley, in result she faced high treason allegation, hate and threats from Hindu extremists.
We love innocent Kashmiri people and salute their struggle, both ministry of foreign affairs and Dr. Maleeha Lodhi well played their role on international forums especially in UN General Assembly and Security Council in this regard, unfortunately parliamentary Kashmir Committee has done nothing for the cause of Kashmir. Its respective chairmen only enjoyed perks and privileges, which ostensibly is very unfortunate and disappointing.
Pakistan’s political; diplomatic and moral support is very valuable that never allowed the UNO to remove this issue from its agenda. After all the time has come to say “India GET OUT FROM KASHMIR” because it is very clear that freedom movement is now unstoppable and has entered into the final stage.
Martyrdom of Senior Journalist Shujjat Bukhari could be the last nail in the coffin of India. World knows the price of ignorance because the temperature of high tension is near to cross limits between Pakistan and India on this core issue.
It provides enough food for thought that there is a country wide pressure on Pakistani Armed Forces to kick out India from Kashmir and Siachin because of miserable condition of innocent and helpless Kashmiri Muslims under the illegal Indian Forcibility and the Water War from India to change Pakistan into Desert, so no one can think that the Pak soldiers will refuse or dishonor the nation’s demand, no doubt that India will be held responsible for the possible worst consequences.
Puppet CM Mehbooba Mufti’s resignation and the imposition of Governor Rule is a clear mark of India’s failure in occupied valley. Independent Indian media has exposed the Modi Plan to gun down prominent Kashmiri people. More killings would provide fuel to Kashmiri freedom movement.
Email:kishwar.sajjad@gmail.com