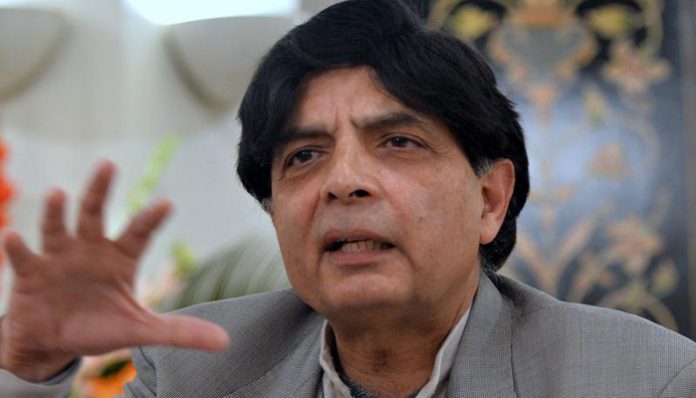 ISLAMABAD, (DNA) – Former Pakistan Muslim League-Nawaz (PML-N) leader Chaudhry Nisar on Monday asked party quaid Nawaz Sharif to reveal which statement of his hurt him.He raised the concern in response to Nawaz’s comments on Sunday, where the former prime minister said Nisar’s remarks were “hurtful and saddening.”“Nawaz should tell the nation which comment of mine hurt him,” the former interior minister said.

“Nawaz is quick to point out when he feels hurt by other people but does not realise when he hurts others,”

“If Nawaz his hurt by my comments against his confrontation of the army and the judiciary, then similar sentiments were echoed by Shehbaz Sharif,” he went on.

“Shehbaz still upholds that there should be no confrontation with the army and judiciary,” he said.

Responding to Nisar’s statement earlier on Sunday when the former PML-N member had disgruntled that it is Nawaz who had been showing enmity, not him, Nawaz shared, “It hurts me when Nisar talks like this about me.”

The former interior minister asserted that he has now parted ways from the PML-N and there is no going back.