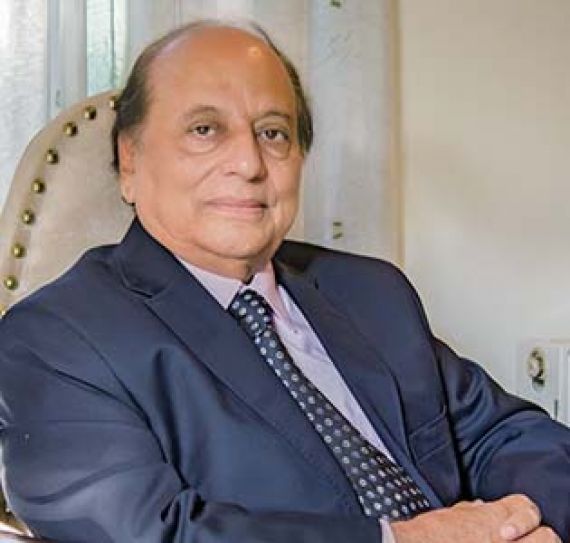 ISLAMABAD, (DNA) – Saeed Mehdi, former principal secretary to Ex-prime minister Nawaz Sharif has decided to spill the beans of his days and experiences in service by authoring an autobiography.“I have written something and it’s in the process of editing, let it remain a surprise,” says Saeed Mehdi when approached by this correspondent here on Sunday.

Mr Mehdi, who joined civil service in 1967 and retired in 2002, is witness to many historical incidents and events being a player himself as a bureaucrat who served this country in different positions since the start of his service. Thus the upcoming book contains striking stories which are yet to be shared to the people.

The book also contains details of Nawaz Sharif’s election and selection as chief minister of Punjab and Benazir Bhutto’s historic return from exile which he witnessed as commissioner, Lahore in 1986. He has also penned down the details of removal of former prime minister Muhammad Khan Junejo, formation of Islamic Jamhori Itehad (IJI) and the general elections of 1989 which made Benazir Bhutto the prime minister.

The book also gives details of Nawaz Sharif’s coming into power and later resignation as PM including the government-judiciary crisis of early 90’s etc.

The book contains detailed chapter on the October 12, 1999 military coup as he was the principle secretary to ex-PM when civilian government was toppled on that fateful day. It was he who had actually drafted the letter for the appointment of Gen Ziaud Din Butt as new chief of army staff after the orders to remove Musharraf were issued.

Saeed Mehdi was arrested on that very day when coup took place, along with the then prime minister Nawaz Sharif and was later released after two long years and later got retired from service in 2002 with bitter end note.

The book by Mr Saeed Mehdi may bring new controversies for those who have ruled the country during the above mentioned period including Nawaz Sharif and his family. When this correspondent asked when he is bringing his book out as the timing of the book’s release would matter a lot, Mehdi said, “ I will choose the timing myself,” he added that his book is in the editing process with a Pakistani journalist abroad.