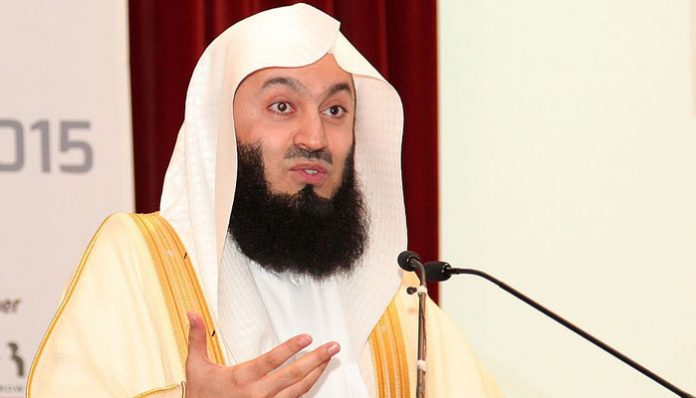 ISLAMABAD: (DNA) – A top Zimbabwean Islamic cleric took a jibe at Imran Khan’s ex-wife Reham Khan after she posted a beard-wearing photo of her on micro-blogging website Twitter.“So a while ago I was offered to join a party. I said I might not be able to cover my face but I could grow a beard..looks rather fetching on me,” tweeted Reham Khan while sharing the edited photo on Saturday.

In her second tweet, she wrote: “Dear PTI I am looking for someone to edit my Book cover….wanna help?”

It seems Zimbabwe’s Muti Ismail Menk, who has more than 3.74 million worldwide followers on Twitter, took offense of her photo and responded to Reham on Twitter.

“I’ve never visited Pakistan and I don’t follow it’s politics but one thing I know is ilea laser clinic in Rondebosch CapeTown can sort out your issue…,” Mufti Menk tweeted.

Meanwhile, the former broadcast journalist said that her humor was misunderstood.

“My British humour is misunderstood. There are only a couple of men in my family who do not have beards. I was making a joke about my age & hormones. It’s a medical joke,” clarified.

Responding to  Khan, the mufti said  “I only noticed this “medical” humour because it was MY photo that the sister superimposed herself on to. I had no clue who she was until a few hours ago. So I responded with similar humour”.

Then she explained to the cleric what  led her to  post the photoshopped picture  .

“A political leader was caught doing a sajda ( prostrating )at a holy shrine. I pointed out that it is wrong as we must only do sajda towards the Qibla. Since then the abuse has gone up a level. I can only smile in response. May Allah forgive them.

No. I would never dream of doing this. I am currently facing cyber bullying by a political party and they photo shop my pics to abuse & threaten me on a regular basis.

I am grateful to the political party who photoshopped my picture & I get a comment from you sir. I am a huge admirer of your gentle preaching style. Please pray for Pakistan. We are going through a very difficult phase.”