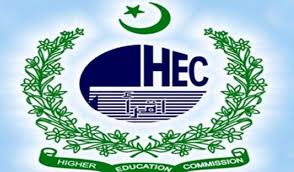 SARGODHA, (DNA) – A Special Audit of the University of Sargodha conducted by the Higher Education Commission (HEC) finds Acting Registrar Mudassar Kamran equally involved in illegal actions of the then Vice Chancellor especially in granting unusual affiliations to private colleges and establishing private public partnership sub-campuses of the university.

National Accountability Bureau (NAB) is probing the same case against former Vice Chancellor, University of Sargodha Dr. Akram Chaudhry and other officials who were involved in the massive financial embezzlement.

The audit was conducted on the direction of National Assembly’s Standing Committee on Federal Education and Professional Training, while the HEC has recently shared over-100 page audit report supported by over-800 pages of annexed documents with the Chancellor/ Governor Punjab and Secretary, Higher Education Department, Punjab.

The HEC, in its report, has noted the scale of corruption involving affiliated colleges and private campuses, which have sold degrees for cheap to thousands of students over a span of several years.

The report pointed out that Mudassar Kamran was holding acting charge of two posts – Registrar and Additional Registrar –simultaneously and was the partner of illegal actions of the then vice chancellor Dr. Akram Chaudhary especially in granting affiliations to private colleges and establishing private public partnership sub-campuses of the University of Sargodha.

The former vice chancellor, who is facing NAB inquiries for his alleged financial misappropriation, had appointed Mudassar Kamran as Deputy Registrar (Affiliation & Registration) and later on as Additional Registrar of the university after ignoring number of senior officers for the said posts to gather illegal money by affiliating hundreds of ghost colleges.

His appointment as Additional Registrar was clearly considered objectionable in different complaints and presentations against him as he was the main hurdle in the permanent appointment against the seat of Registrar. The report declared the establishment of sub-campuses during the tenure of Mudassar Kamran as deputy registrar affiliation, illegal with wrong motives. He was also the Secretary of the Campus Provision Committee of UOS and played a key role in all the violations involved in establishing PPP sub campuses and grant of affiliations to private colleges.

Between 2007 and 2015, Sargodha University granted affiliation to 572 colleges. Many of these colleges were ghost colleges, existing only on paper while many were affiliated without obtaining formal approval from the statutory bodies. In most cases, these colleges lacked the requisite faculty and infrastructure.

Two former chairmen, UoS Affiliation Committee, on the condition of anonymity, told that the Affiliation Committee was used as rubber stamp; its recommendations were changed and Kamran directly dealt with the owners of the sub campuses and affiliated colleges. He worked as the front-man of Dr Akram Chaudhary, the former Vice Chancellor of UoS.

The document noted that Mr Kamran, the then Additional Registrar, issued a notification on 5 June, 2015  permitting the sub-campus Lahore to start new programs including BS Bio-Chemistry, BS Bio-Technology and MPhil Bio-Chemistry despite the fact that they were not taught at the main campus of the University.

Earlier, the university Syndicate had formed a three member committee comprising Dr Muhammad Afzal, Dr Muhammad Sher and Shafeeq-ur-Rehman to probe allegations against the Acting Registrar under the provision of PEEDA 2006, for drawing a salary of Rs. 45,000 per month, in addition to the salary of his original designation and for his alleged involvement in massive corruption in a project awarded by the US Embassy.

According to another audit report submitted before the Syndicate by Asad Hussain Sandhu, Resident Auditor UOS, Mudassar Kamran, as Project Manager of the project ‘Pakistan English Access Micro-Scholarship Program’, exploited the project funds amounting to 106,218 USD through irregular appointments and purchase of books and instructional material worth Rs 15.277 million.

Sources informed that the Acting Registrar had been holding position of Acting Registrar for three years while the term of a whole time regular Registrar is also 3 years. He, with help of his collaborators is trying to hold the office of Registrar for indefinite period in order to influence the inquiries initiated against him. Moreover, by using his political influence, he somehow succeeded in getting appointment orders of Acting Registrar again from the Chancellor, Governor Punjab Rafique Rajwana.

On the other hand, the alleged corrupt motives and practices underpinning such unusually large affiliations by a relatively new provincial university are a particular focus of NAB investigations, which were formally launched in February by the probing agency’s Governing Body headed by NAB Chairman Justice Javed Iqbal.