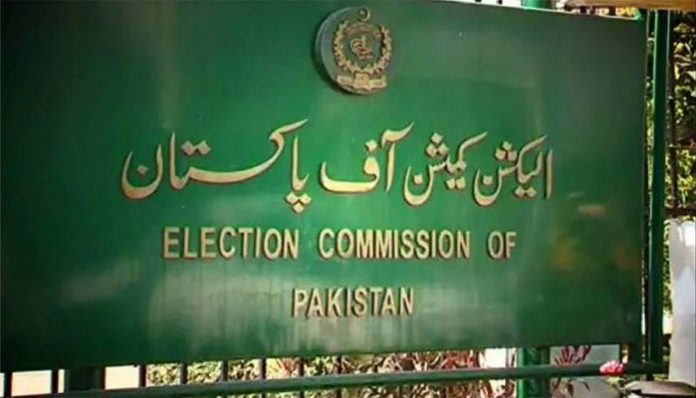 Meanwhile, one constituency was removed from Attock district’s three seats and added to the federal capital, increasing the National Assembly seats from two to three after the delimitation of constituencies. The Election Commission has given green light to a total of 76 candidates to contest for the three seats of National Assembly from Islamabad in the upcoming general elections as per the list displayed here on Saturday. According to the final list of candidates, out of these three constituencies, the highest number of 36 contestants are vying from NA-53. However, it is quite obvious the real contest will mainly be between the PTI Chairman Imran Khan and former prime minister Shahid Khaqan Abbasi.

A disgruntled PML-N activist Abdul Hafeez Tipu is also vying for representation in the National Assembly as an independent candidate. As many as 28 candidates will contest from NA-54 and they include PTI’s senior leader former Asad Umar, ex-MNA of PML-N Anjum Aqeel and PPP’s Raja Imran Ashraf — younger brother of Raja Pervaiz Ashraf. From this constituency, the actual contest is most likely between Asdar Umar and Anjum Aqeel.

PML-N’s Tariq Fazal Chaudhry, Pakistan People’s Party leader Afzal Khokhar and PTI’s Raja Khurram Nawaz are among the key candidates for the electoral bout from NA-52. In all, 12 candidates are contesting from this constituency.

Meanwhile, the Election Commission approved the transfers and postings of as many as 260 officers, including 147 assistant commissioners and 60 additional deputy commissioners in Punjab and other officials. Likewise, a total of 207 officers were also shaken up in Sindh including 184 DPOs, SDPOs, DSPs and ASPs and 22 SSPs and SPs.

The PML-N suffered a massive political blow as several of its ticket holders quit the party and opted to get the symbol of jeep as independent candidates on the last day. The development could give the PTI an edge on majority of the seats in the district.

In DG Khan, four PML-N candidates contesting elections on seven seats left the party and opted to contest as independent candidates. Now, the PML-N has candidates for seven seats out of 16 seats in the district, while the PTI has fielded candidates on all seats.

The PML-N has awarded tickets to Shamoona Ambreen Qaisrani for NA-189 and PP-285 against candidates Khawaja Sheeraz Mehmood and Khawaja Muhammad Dawood Sulemani for NA-189 and PP-285 respectively. Shamoona Ambreen is the wife of tribal chief Mir Badshah Qaisrani, who was disqualified in a fake degree case. It is very hard for Shamoona to move from door-to-door for the campaign and organise corner meetings in the area, which spreads over 75km. Although Mir Badshah Qaisrani is also electioneering for her, the political observers are of the view that the campaign is not getting a good response owing to various factors.

On the other hand, the PML-N candidate from NA-189 Sardar Muhammad Amjad Farooq Khan Khosa withdrew his candidature from the constituency and returned the party ticket a couple of days ago that shocked the party and his supporters. Moreover, he switched himself to NA-190 and is contesting against his cousin and PTI candidate Sardar Zulfiqar Ali Khan Khosa.

Sardar Amjad Khosa has been contesting from NA-189 for the last 30 years and was elected as MNA thrice but his sudden decision not only disappointed the voters, but also weakened the party position. Now, Sardar Muhammad Amjad Khan Khosa is contesting on a symbol of bucket. Another candidate of PML-N Khawaja Nizamul Mehmood has left the party and returned the ticket for PP-286. Now, he is contesting on the symbol of jeep.

Similarly, the PML-N has fielded Sardar Mohsin Atta Khan Khosa from PP-287 and PP-288, but he is now no more a part of the PML-N as he has left the party and is contesting as an independent candidate against Sardar Javed Akhtar Lund and Sardar Muhammad Saifuddin Khan Khosa fielded by the PTI. The 58-year-old Sardar Mohsin Khosa was elected MPA in 1990, 1993 and 1997 while he had started his political career as a union council chairman in 1983 and was elected as a district council member in 1987.

In Okara, former provincial minister Raza Ali Gilani has returned the PML-N ticket and will contest the general elections from a provincial assembly constituency as an independent candidate.

Gilani has allied himself with the PTI candidate Syed Gulzar Sibtain in NA-143, as his provincial constituency falls under the National Assembly constituency.

Former MNA Rao Muhammad Ajmal Khan allotted the PML-N ticket in NA-144 constituency, has allied himself with Syeda Jugnu Mohsin who is contesting elections in PP-184 as an independent candidate.

The former provincial minister and now an independent candidate has been allotted the symbol of scooter whereas Syeda Jugnu Mohsin has got the symbol of pitcher in the same constituency.