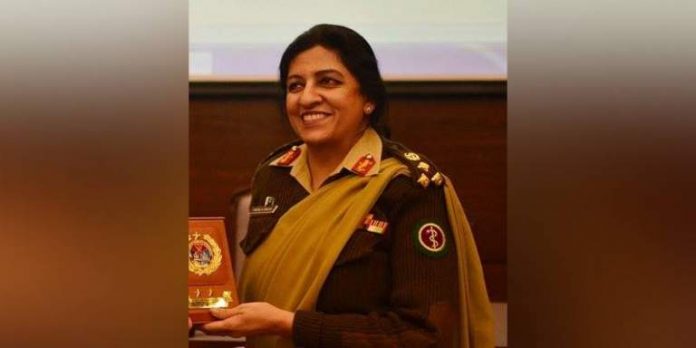 ISLAMABAD, (DNA) – Brigadier Dr. Shehla Baqai, a gynaecologist by profession, has become the fourth lady of Pakistan Army in the history to reach the major general rank, attaining the great honour.Dr. Shehla is currently heading the department of gynaecology of Army Medical College in Rawalpindi and working as a professor at MH Rawalpindi.

As the news was shared on social media, the users extended congratulations and heaped praises over the gynaecologist for achieving the great success.

Shahida Malik is the first lady officer in the Pakistan Army to have reached the major general rank. Trained as a doctor, she was appointed the Inspector-General Hospitals as well as deputy commander of the Pakistan Army Medical Corps before retiring in 2004.

General Nigar Johar became the third woman officer in the history of Pakistan Army to reach the rank of major general. She was promoted during the last year.