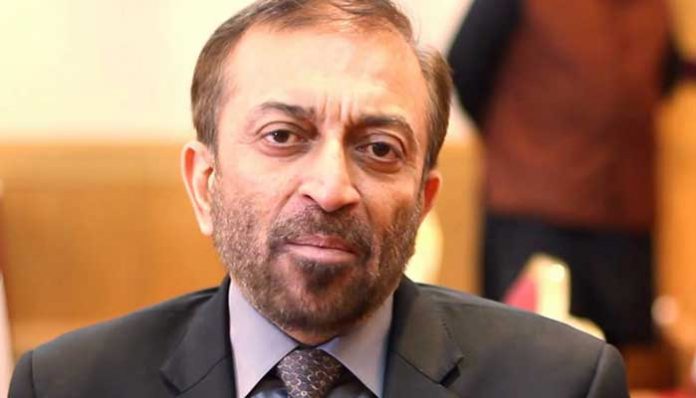 KARACHI, (DNA) – Despite being awarded a ticket, senior Muttahida Qaumi Movement-Pakistan (MQM-P) leader Dr Farooq Sattar has decided against contesting the July 25 general elections. Instead, he will run the electoral campaign for the party.Talking to the media outside his residence on Thursday, Dr Sattar said his party leaders and workers have advised him to quit the race and support the other nominees.

He said that if he is awarded a ticket and his party colleagues are not, it may imply that he has reconciled with the MQM-P’s Bahadurabad group only for this purpose. Late in the night, however, the spokesman for the Bahadurabad group said they would succeed in persuading Sattar to reconsider his decision and to participate in the elections.

After the party split on February 5, Sattar led the PIB Colony faction while Khalid Maqbool Siddiqui practically ran the rival group. The two reunited on June 16 to, according to Sattar, strengthen the party’s position in the upcoming polls.

“There may be more hurdles in our way, against our recent merger, but we have to foil these conspiracies and attempts with our unity,” he said, adding that he has already informed MQM-P convener Siddiqui and the coordination committee about his decision.

The two groups had filed their nomination forms separately because of the split. Sattar said he had given his priority list to the Bahadurabad group and left the decision to them. He hoped that he and Amir Khan, who is considered his lead opponent, will run the party’s electoral campaign together so they can reclaim their seats.

Regarding the party colleagues who opposed his move to reconcile with the rival group, Sattar said they still have their reservations, but after a little persuasion he will take them to Bahadurabad so the party is strengthened further to tackle the numerous challenges it faces.

“The candidates being fielded in the July 25 general elections do not belong to either of the groups, but all of them represent the party,” he said. Without naming the Pak Sarzameen Party, Sattar said the party was caught in its own designs after he reconciled with the Bahadurabad group of the MQM-P.

Talking about the party’s challenges, he said they were taking all of them seriously, adding that their challenges included the MQM-London’s call for boycotting the elections. Sattar said they may consider other options if more problems are created for the MQM-P, if the party’s sealed offices are not reopened and if the unwarranted arrests of their workers do not stop.

The MQM-P has issued a partial final list of its candidates contesting for different constituencies of the national and Sindh assemblies. The party has fielded candidates for 30 NA and 64 PS seats across the province.

Party convener Siddiqui will be contesting the election from NA-255 (Nazimabad and Liaquatabad). Sattar has been awarded party tickets for NA-245 (Jamshed Quarters and Ferozabad) and NA-247 (Defence and Saddar).

Ali Raza Abidi has been fielded against Pakistan Tehreek-e-Insaf Chairman Imran Khan in NA-243 (Gulshan-e-Iqbal). Amin-ul-Haque will be contesting from NA-251 (Mominabad and Orangi). The party is yet to announce a candidate against Pakistan Muslim League-Nawaz President Shahbaz Sharif in NA-249 (Baldia Town and Mominabad).