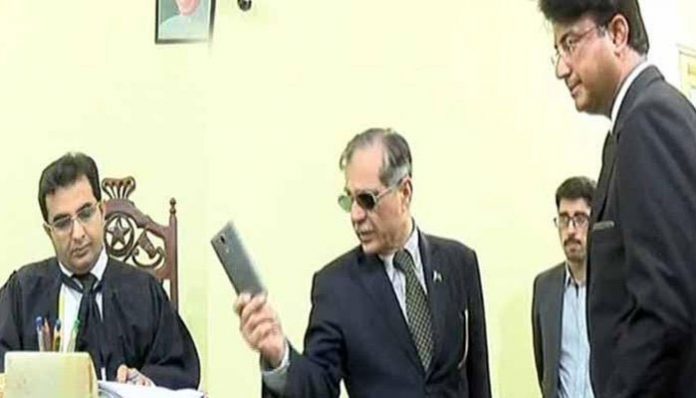 LARKANA: (DNA) –  Zamir Solangi , a session judge who faced wrath of Chief Justice of Pakistan last week, has resigned.The chief justice of Pakistan had rebuked him during his visit to District Courts in Larkana.While reprimanding him for keeping his cell phone  on his work table, the top judge was seen  throwing the device on the desk.In his resignation letter, the judge said he could no longer work as the incident that occurred during chief justice’s visit had sparked public anger against him.

The CJ, during his round to the district and sessions court, picked up mobile phone of the  judge and threw it on the table, saying “this should be kept at home”.

He also asked the judge about number of cases he had heard from the morning. The additional judge replied he heard three cases.

Justice Nisar expressed displeasure and said how justice could be ensured when the judicial process was this slow.

He asked the judge to swiftly wrap up cases and ensure dispensation of justice speedily. The CJ also issued orders for transfer of three judges.