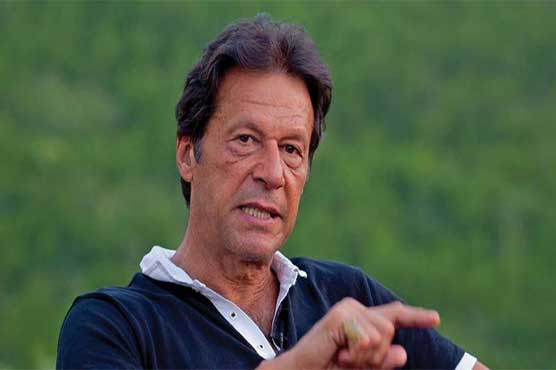 The petitioner’s lawyer Jahandad Khan objected that Imran Khan affidavit is not verified by the oath commissioner whereas his signatures on each page are different.

“Imran Khan has also not revealed the assets of his children. He has mentioned his two sons in the nomination papers but not his daughter,” he said.

The hearing over Imran’s plea against the rejection of his nomination papers in Islamabad’s NA-53 constituency is also scheduled today. On Friday, the appellate tribunal issued notices to ECP and RO.

On the other hand, Islambad High Court’s election tribunal heard the petitions of Shahid Khaqan Abbasi and Sardar Mehtab Abbasi over rejection of nomination papers from Islamabad’s NA-53 constituency.

The tribunal has sought assistance from ECP till tomorrow. The court also issued notice to ECP following Ayehsa Gulalai and Ramesh Lal’s appeals.

Meanwhile, Anwarul Haq was allowed to contest election from NA-54.