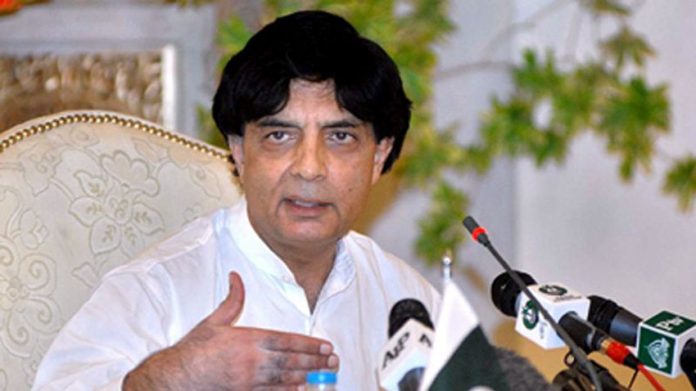 ISLAMABAD, (DNA) – Former Interior Minister Chaudhry Nisar Ali Khan says he is not going to make seat adjustment with any political party and will contest election as independent candidate from four constituencies.Addressing a news conference in Islamabad on Friday afternoon, he said various fake news were recently attributed to him, and some of his statements given in the recent public gathering in Chakri were misreported.

Speaking about current issues facing Pakistan, former Interior Minister said Pakistan is facing serious strategic, economic and political challenges which need to be given due attention.

He said different conspiracies are being hatched against the country.