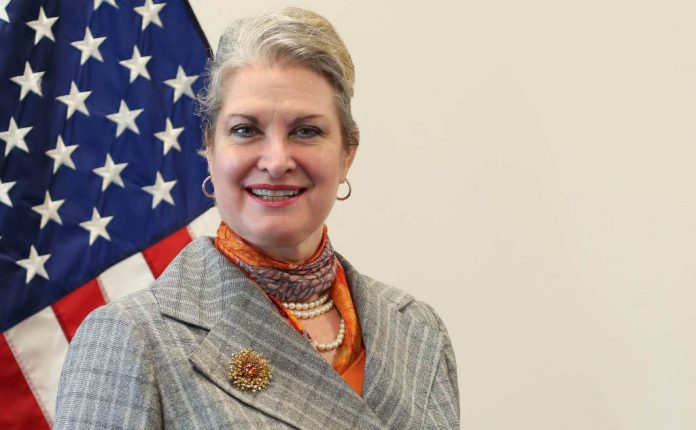 KARACHI , (DNA) – Joanne Wagner on Friday assumed as charge of the United States Consul General for Karachi .She was serving in Washington, DC with the Board of Examiners, helping to select the next generation of US diplomats. Prior to that, CG Wagner was the US Assistance Coordinator in Kyiv, Ukraine, where she was responsible for coordinating USGovernment support activities with the Ukrainian Government and other donors.

Consul General Wagner has a Juris Doctor from Saint Louis University School of Law and a Masters in National Security Strategy from the National War College of the National Defense University. She is a fan of Broadway musicals and the St. Louis Cardinals baseball team, as well as an occasional amateur composer, whose first piece debuted at Brussels’ Palais des Beaux Arts with a 100-voice choir and full symphony orchestra.