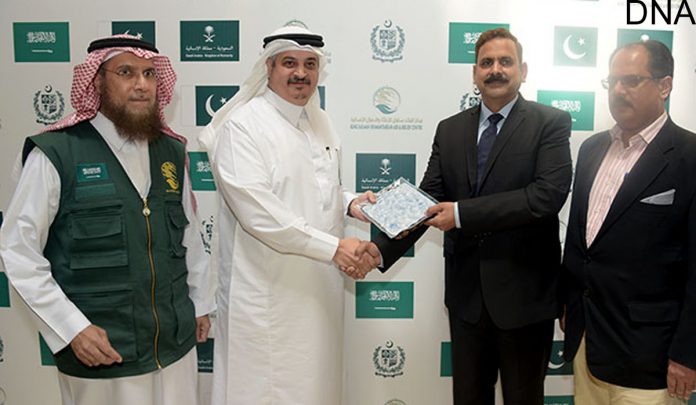 ISLAMABAD, JUNE 21 (DNA) – Saudi Arabia has handed over 150 tones of dates to Pakistan during a ceremony held at the Saudi embassy on Thursday.The dates handing over ceremony were attended by officials of the Saudi embassy and representatives of the government of Pakistan. Ambassador of Saudi Arabia Nawaf Saeed Al-Malkiy handed over dates to government representative.

The Saudi ambassador added, his country would continue to extending this gift to Pakistan even in the days to come adding Saudi Arabia wanted a strong and stable Pakistan.

He added, Saudi Arabia considers it its onus to help and support the fellow Muslim countries and Pakistan ostensibly is at the top of those countries.

The ambassador talked about economic cooperation with various Muslim countries and assured that the Kingdom genuinely wanted to promote and strengthen trade and economic ties with brotherly Muslim countries.

It may be mentioned here that Saudi Arabia has recently appointed a commercial counselor in Pakistan with a view to further diversifying and cementing trade relations with Pakistan.

It is for the first time that a Saudi commercial counselor has been appointed which speaks volumes for the Saudi desire to have deep-rooted economic ties with Pakistan.