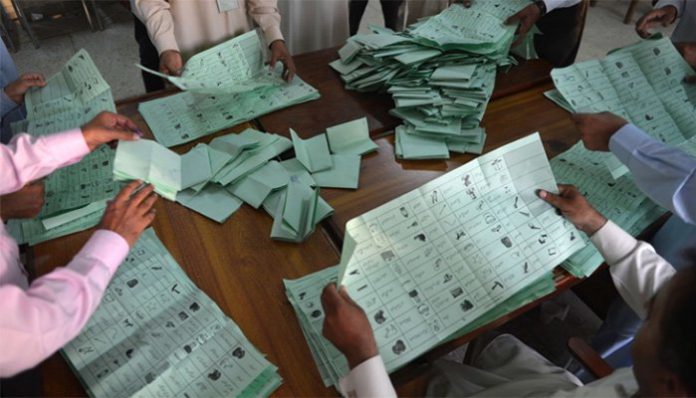 ISLAMABAD: (DNA) – Over 2,700 candidates in the run for general elections 2018 are facing charges over an assortment of cases.Sources have revealed that around 401 candidates from Pakistan Tehreek-e-Insaf (PTI) have been found face to face with multiple charges.This includes 588 ticket holders of Pakistan People’s Party (PPP), 485 from Pakistan Muslim League-Nawaz (PML-N), 135 candidates hailing from Muttahida Qaumi Movement-Pakistan (MQM-P), 122 members of Pakistan Sarzameen Party (PSP).

Prominent political leaders include co-chairman of PPP Asif Ali Zardari who is encountering a trial for assets ahead of sources of income.

PTI chief Imran Khan is also facing a probe by National Accountability Bureau (NAB) for terrorism charges for the alleged strike at the PTV building during the Islamabad sit-in in 2014, as well as for unlawfully using a KP government helicopter.

Former Chief Minister Shehbaz Sharif is also up against NAB inquires in numerous cases that include embezzlement worth billions of rupees as well.

On the other hand, PML-N leaders Maryam Nawaz as well as Hamza Shehbaz are found ensnared in cases of corruption as well.

As per reports by the sources these candidates are majorly facing cases for corruption, money laundering, extortion, rape and murder charges, human smuggling and loan/bank defaulting.