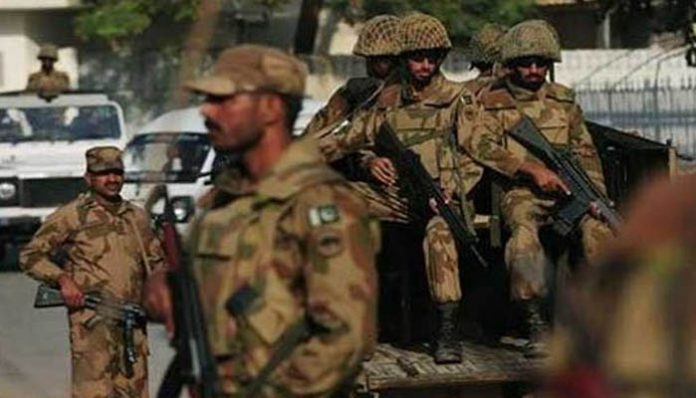 ISLAMABAD: (DNA) – Defense Ministry has agreed to provide services of 300,000 army personal during the general election 2018.As preparations for the elections entered final phase, The Election Commission of Pakistan has  sought services of 350,000 troops for security.Sources told that the Ministry of Defence had given informal response to the ECP’s application.

The sources said that the personnel who retired from services during the last two years would also be called in for deployment.

According to the ECP plan, printing of ballot papers and transportation would take place under army’s supervision.

Troops would assume security of Printing Press on June 27.

The army would be deployed across the country four days before the polling during which troops would be stationed in and ouside the poling stations.

Additional personal would be deployed at the sensitive poling stations.