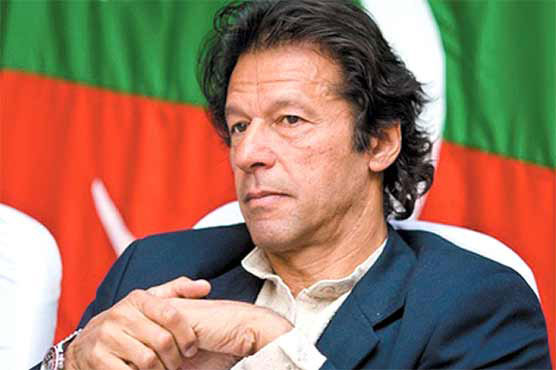 During the hearing, PTI chief’s counsel Babar Awan adopted stance that Imran Khan is the chairman of Pakistan’s biggest political party and is struggling for the basic rights of the public.

“He submitted nomination papers to contest election from NA-53. On June 19, they were rejected over weak foundation,” he maintained.

The judge inquired why the RO disqualified Khan from the constituency.

“RO’s decision against my client is contrary to justice and unfair. The petitioner neither concealed facts nor misrepresented anything therefore; it is requested to accept the nomination papers while annulling the verdict of RO,” Babar asserted.

The appellate tribunal while issuing notice to RO directed him to submit the entire record till tomorrow.

While talking to media, Babar Awan expressed hope that if Allah wills Imran Khan will become MNA from NA-53 and the next prime minister.

He said that they will also file an appeal against the rejection of Khan’s nomination papers from Mianwali’s NA-95 constituency.

On Tuesday, the nomination papers of Imran Khan were cleared by the returning officer (RO) for Lahore’s NA-131 constituency and Karachi’s NA-243 but faced rejection for Islamabad’s NA-53.

In a major setback, nomination papers of all the four candidates Imran Khan, Shahid Khaqan Abbasi, Ayesha Gulalai and Mehtab Abbasi from NA-53 faced rejection as their affidavit was termed ‘incomplete’ by the RO.