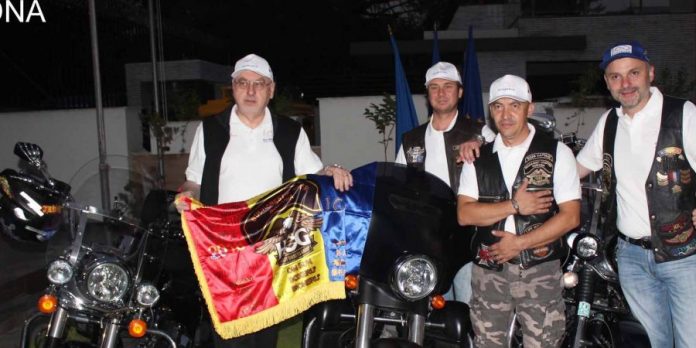 ISLAMABAD, JUNE 20 (DNA) – The three Romanian bikers who have traveled all the way from Romania to Pakistan to explore Northern Areas of Pakistan on motorbikes, have lauded the goodwill  gesture shown by Pakistani people and hospitality extended to them adding it was a unique experience for them to get acquaintance with the Pakistani culture.

They expressed these views while talking to a select group of media people at the Romanian embassy. Ambassador of Romania Nicolae Goia facilitated the meeting.

The bikers Cosmin Neagu, Alin Popescu and Marius Loan further said they were going to ride their motorcycles all along the Karakorum highway, one of the wonders of the contemporary world and a living proof of impossible becoming possible. 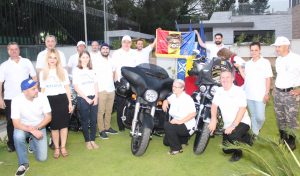 “They will see absolutely magnificent sceneries and they will meet extraordinary people. They will also have the time to of their life in the picturesque valleys of Northern Areas”, they added.

The bikers further said they will go back to Romania stronger and wiser for they will have access to something very few people of this Planet had. They will speak loudly about Pakistan, which is a beautiful, and peace loving country, worth of respect and admiration, thus making it better understood in Romania and Europe.

Earlier Ambassador of Romania Nicolae Goia in his remarks said, 2018 was an important year as we are celebrating 100 years since the Great Union of all Romanians. “We as the embassy of Romania to Islamabad took the liberty to ask the bikers to carry the symbols of the Romanian Great Union all along the road to the final destination.

The ambassador said, they graciously accepted the idea so the journey was undertaken under the aegis of the Great Union in the spirit of one of the major messages we, Romanians are sending to the world “ Celebrating together” because being together is the only way of making a better world for us, for our children and for the generations to come.

Ambassador Goia further said, this year has a very special significance for Romanians. We are celebrating 100 years since Romanians fulfilled their century-long most cherished political ideal: the unification of all provinces inherited from our ancestors and where they were in the majority – Transilvania, Banat, Crisana, Maramures, Basarabia, and Bucovina with the old kingdom of Romania in one democratic, national state, thus writing the greatest Romania story ever told.

He said the Centenary is celebrated by Romanians all over the world as a symbol of solidarity, hope and triumph against adverse circumstances. It reflects Romania’s attachment to the principles of tolerance, mutual respect, peaceful co-existence and respect for cultural values of all people.

Currently Romania is an ascending economic path and has the highest rates of annual economic growth within the European Union. We are enjoying unprecedented development, security and welfare in whole our history, he added.

The Romanian ambassador said, Pakistan is a friendly country and as partners we work together for a better, more secure, prosperous and peaceful world.=DNA