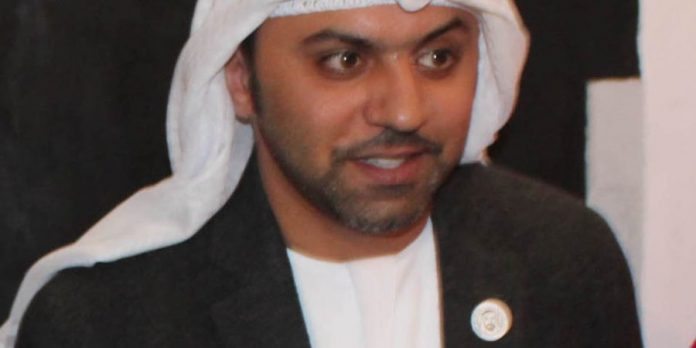 ISLAMABAD, JUNE 19 (DNA) – Ambassador of UAE Hamad Obaid Al Zaabi has said that the intervention of the Arab Coalition in Yemen and the ongoing operations around Hodeida port area, are based on the request of the legitimate Yemeni government and in compliance with all relevant UN Security Council Resolutions.

In a statement the UAE ambassador to Pakistan said Arab Coalition operations to liberate Hodeida are aimed a allowing Yemen’s legitimate government to restore security and stability to the strategic port, and to alleviate the humanitarian crisis in the county, and to break the deadlock in the political process.

Houthe militias have exploited Hadeida port to prolong the war and the suffering of the Yemeni people by using the port to smuggle Iranian supplied arms and ballistic missiles into the country to target Saudi cities including Haram Sharif in the two Holy cities of Makha and Madinatul Munawwarah and misusing the port’s revenue to support their ongoing militancy.

He further said Houthe’s mismanagement of the port and seizure of humanitarian supplies has had a catastrophic impact on the humanitarian situation in Yemen. While the coalition’s aid shipments have frequently been confiscated by militias and found their way to the black market, this has not derailed the coalition commitment to alleviate the humanitarian crisis.

The ambassador also explained that in light of the Houthe’s failure to accept a political solution, and their repeated refusal to UN envoy’s proposal to hand over the port the Arab coalition had no option but to pursue a military solution in order to protect innocent Yemeni civilians and to ensure a safe passage of aid shipments.

Ambassador Zaabi further said Arab coalition remains committed to working with the international community to ensure that the port’s liberation will have an immediate impact on increasing the volume of much needed humanitarian aid to the county. He stated that the Hodeida port remains open to shipping and besides the Coalition aid which exceeded USS14 billion to Yemen it will continue to work with aid agencies on the ground to ensure that once the port is liberated we will quickly increase the capacity of the port.

The ambassador added, the Arab Coalition has notified the United Nations and other NGOs of its planned actions and has ensured the safe passage of their staff from Hodeida ahead of time, as the Coalition successfully implemented similar large scale operations when it liberated Aden.

He added, the seizure of the port from the Houthi militans is aimed at tipping the scales in favour of reaching a political solution and reigniting the momentum in the stalled UN negotiations, as by increasing the efficiency of the port and ensuring that the disbursement of aid will no longer be controlled and abused by Houthe militants. DNA