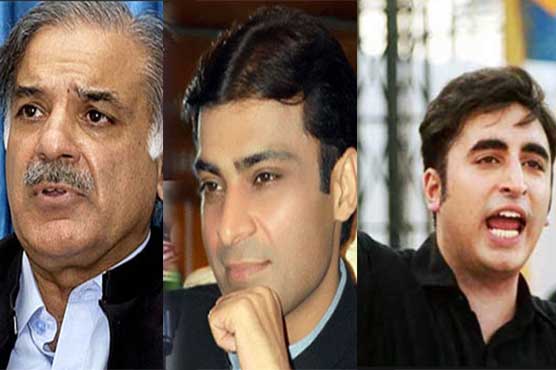 LAHORE (DNA) – Returning officers on Tuesday have cleared nomination papers of ex-Chief Minister of Punjab (CM) Shehbaz Sharif from a constituency in Lahore.Shehbaz Sharif’s son Hamza Shahbaz has also been given green signal to contest in the upcoming elections while papers of Pakistan Peoples Party (PPP) Chairman Bilawal Bhutto Zardari have also been approved for NA-245.

The officer said that Farooq Sattar is absconder in two cases due to which his papers cannot be approved.

On the other hand, Election Commission of Pakistan (ECP) will complete the process of scrutiny of nomination papers filed by candidates for upcoming general elections till today.

According to ECP, a total of 21,482 nomination papers have been filed across the country for national and provincial assemblies.

Six thousand sixty three candidates are contesting for 342 seats of the National Assembly while 15419 nomination papers have been filed for the provincial assemblies seats.

As per the election schedule, appeals against rejection or acceptance of nomination papers can be filed by 22nd of this month. The Appellate Tribunals will decide the appeals by 27th, after which the revised list of candidates will be published on 28th of this month.

Candidates can withdraw their nomination papers by 29th June and the electoral body will announce the final list of candidates the same day.

Electoral symbols will be issued to candidates on 30th June while polling will be held on 25th of next month.