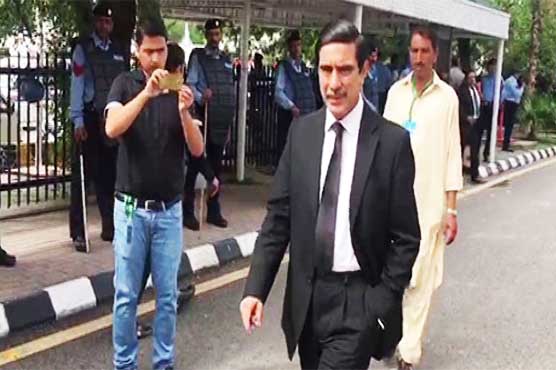 ISLAMABAD, JUN 11 (DNA) – Defence lawyer Khawaja Harris on Monday has excused himself from representing ex-prime minister (PM) Nawaz Sharif in National Accountability Bureau (NAB) references.Khawaja Harris said that the court did not accept his stance and that he was being dictated even after judicial hours.He has also submitted a request in accountability court to withdraw his advocacy papers.

Earlier, Supreme Court (SC) had granted one-month extension to accountability court for the hearing of NAB references against Sharif family.

The petitioner said that concluding remarks are underway in Avenfield reference, Wajid Zia is being prosecuted in Al Azizia reference while the statement of investigation officer is yet to be recorded.

Chief Justice of Pakistan (CJP) Mian Saqib Nisar had directed NAB court judge Justice Mohammad Bashir to complete the hearing as early as possible as the accused and the people are in immense tension.

He had also allowed ex-prime minister Nawaz Sharif and his daughter Maryam Nawaz to meet Begum Kulsoom Nawaz, who is undergoing a treatment for cancer in London.