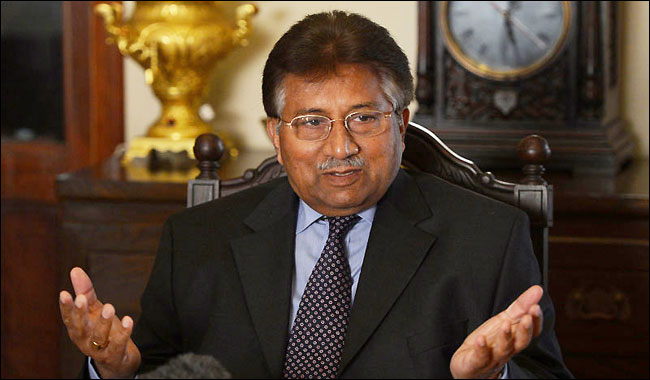 ISLAMABAD, (DNA) – : National Database and Registration Authority (NADRA), on the request of ministry of interior, has blocked the computerized National Identity Card (CNIC) of former president General (retd) Pervez Musharraf.Sources said with the blockage of CNIC, the passport of Musharraf is automatically suspended and the accounts have been frozen. He has also been deprived of sale and purchase of his more than 10 properties in Pakistan, the sources added.

The Interior Ministry last week requested Nadra to block the CNIC of Pervez Musharraf on the directives of special court.

The Interior Ministry gave a week to Musharraf warning him that his NIC and passport would be blocked if he did not surrender within a week.

On March 16 a special court in its written order in a high treason case against Gen (R) Pervez Musharraf directed the Interior Ministry to take steps for the arrest and extradition of the former military dictator from Arab Emirate to Pakistan.

The apex court also directed the former president to appear before it on June 13 at its Lahore registry and assured him that he won’t be arrested in case of his attendance.