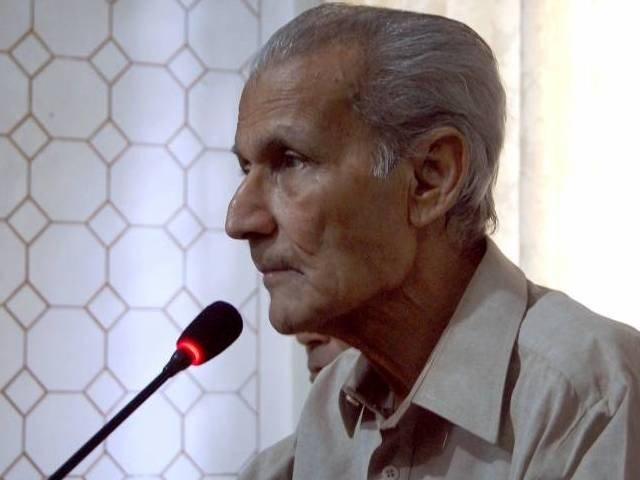 A human rights lawyer and Sindh leftist leader, Palijo founded Sindh Awami Tehreek in the 1970s before it was renamed to Awami Tehreek. Although he started his political career from “Hari Tehreek” – a movement for the rights of peasants in 1953. He then joined the National Awami Party, a major progressive political party in East and West Pakistan in 1964 but parted ways with it over not giving importance to national issues.

He was a renowned scholar and writer who remained imprisoned for more than 11 years under political charges throughout his career. Palijo is the father of Qaumi Awami Tehreek leader Ayaz Latif Palijo.

He was declared as “Prisoner of Conscience” by Amnesty International in 1981. Palijo was part of the Movement for Restoration of Democracy. The news of his death spread grief in entire Sindh pouring in condolences from all over Pakistan and aboard.

Palijo was considered an expert in comparative religion, philosophy, history and political science. He had a command over the poetry of Shah Abdul Latif Bhittai.

The Sindh nationalist leader, received primary education at a school in his village before moving to Karachi for further studies. He graduated from Sindh Muslim Law College (SMLC) and served as a lawyer for Supreme and High Court.

He has authored many books and delivered lectures covering various topics at universities including Cambridge University and Chicago University.