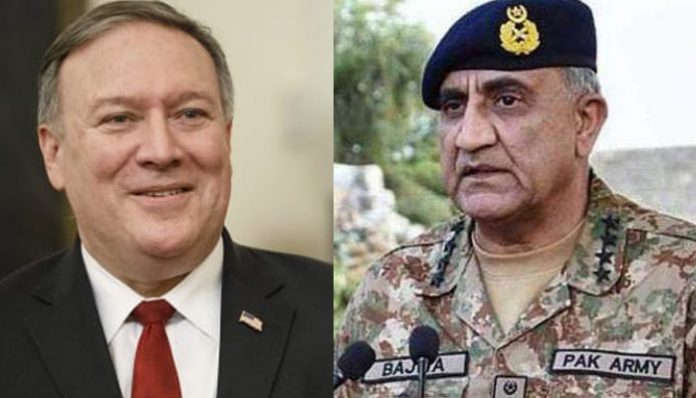 WASHINGTON, JUNE 07 (DNA) – In a latest development to strengthen ties between two countries, US Secretary  of State Mike Pompeo on Thursday spoke with Chief of Army Staff (COAS) General Qamar Javed Bajwa, said a statement issued from the office of the US spokesperson Heather Nauert.

Both the leaders stressed need for political reconciliation in Afghanistan, and the importance of targeting the  militant and terrorist groups in the region.

It is being considered as a big development in the recent phase of the two countries’ relations as  this is the first time, since travel restrictions were imposed, that a high-level engagement has taken place.