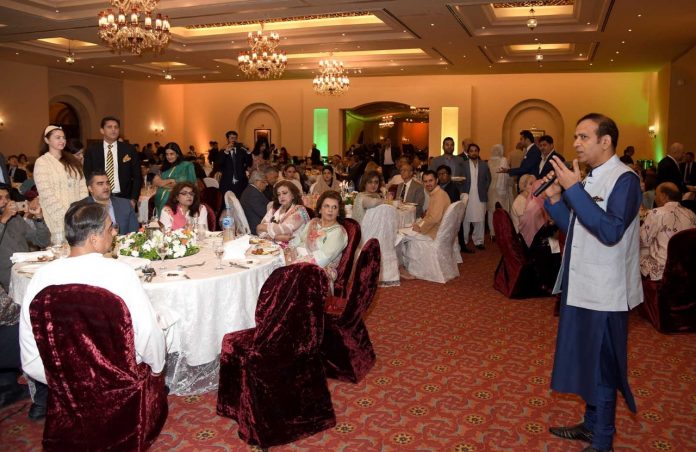 ISLAMABAD, JUNE 07 (DNA)- Ajay Bisaria High Commissioner of India has said Indian high commission has been hosting Iftar dinners for last so many years and will continue to do so even in the coming days.He made these remarks while speaking on the occasion of iftar dinner hosted for Pakistani friends and diplomatic community.The event as usual turned into a mega event as almost the entire diplomatic corps and a large number of Pakistanis attended the event.

The Indian high commissioner thanked the audience for attending the event in large number adding the gesture shown by people had in fact encouraged them to hold this event again and again.=DNA