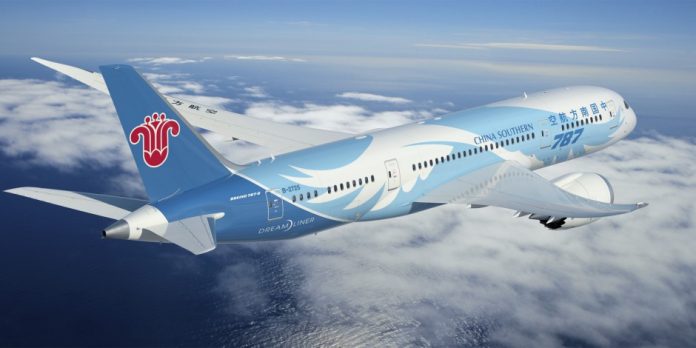 BEIJING, June 3 (DNA) : China Southern Airlines, one of the big three airlines in China, is adding a new route to Pakistan during this summer, with the offering of nonstop service between Urumqi, the capital of China’s Uygur autonomous region, and Lahore from June 21.

There will be two weekly flights in the beginning, on Thursdays and Sundays. Later in July, the airline will also start flights from the Chinese city of Guangzhou to Lahore.

China Southern Airlines flight CZ6017 from Urumqi will depart at 8.00 AM in the morning and reach Lahore 8.15 AM the same day. The return flight CZ 6018 will depart at 9.35 AM and reach Urumqi at 3.20 PM, according to official sources on Sunday.

China Southern currently flies to Pakistan capital six times a week minus Friday. The airline has replaced its Boeing 757 on Islamabad route with modern Boeing 737-800 and the same aircraft will be used on the Lahore route.

China Southern Airlines operates the largest fleet, most developed route network and largest passenger capacity of any airline in China. The airline fleet is ranked the first in Asia and the fourth in the world. It operates more than 2000 daily flights to 224 destinations in 40 countries and regions across the world.