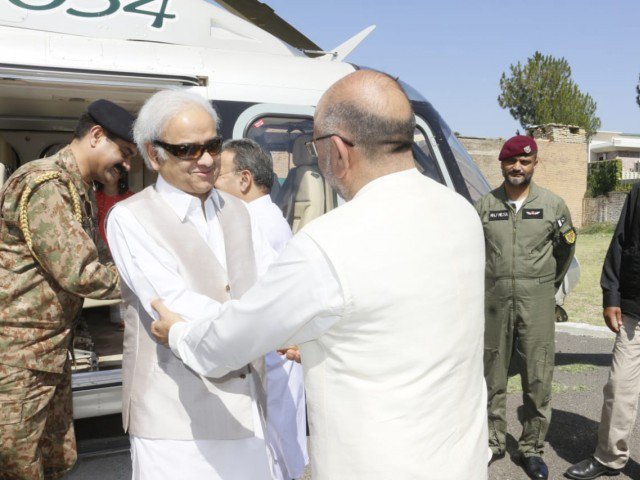 SWAT, JUNE 03 (DNA): Caretaker Prime Minister Justice (retd) Nasir ul Mulk paid a visit to his native city of Swat on Sunday.This is his first visit to the city since become the acting prime minister. He also paid a visit his father’s grave and offered Fateha.He was warmly received by District Nazim Muhammad Ali Shah and notables of the area. A large number of local people welcomed the caretaker Prime Minister upon reaching his native home.

They congratulated Nasiur Mulk on assuming the portfolio of caretaker Prime Minister.

Speaking with journalists during a visit to his native town, the caretaker prime minister assured that the elections will be held on July 25 and that efforts are being made to hold free, fair and transparent polls.

Justice Mulk expressed a resolve that he will utilize his powers as per the country’s Constitution to serve the masses during two-month long period of his stint as interim premier.

Talking to notables of Swat, he said being a resident of the area he is well aware of the problems facing the region and will try to resolve them. He said the problems of the area will be resolved on urgent basis.

Justice (retd) Nasir ul Mulk took oath of caretaker Prime Minister on June 1. He was nominated as Caretaker PM by the Government and Opposition after a series of meetings. The retired judge is the seventh caretaker prime minister of Pakistan.=DNA