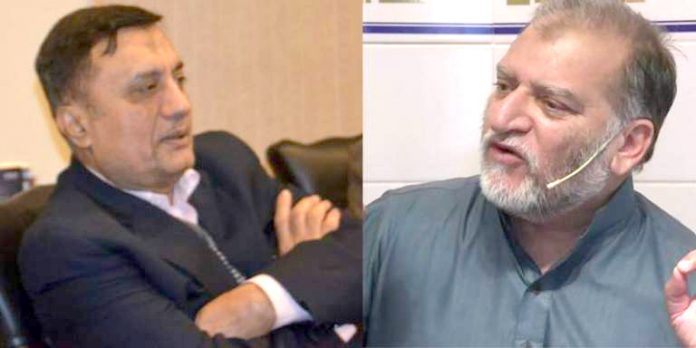 LAHORE, JUN 01 (DNA) – Pakistan Tehreek-e-Insaf has nominated famous columnist Orya Maqbool Jan and industrialist Yaqoob Tahir Izhar for the slot of the caretaker chief minister of Punjab.The fresh nominations were announced by former Leader of the Opposition in the Punjab Assembly, Mian Mehmood ur Rasheed, on Friday; Orya Maqbool Jan has served as a bureaucrat in Punjab and Balochistan and currently hosts a TV show, while Yaqoob Tahir Izhar is among the board of directors of Izhar group of companies.

The PTI leader held a meeting with former Speaker Punjab Assembly, Rana Muhamamd Iqbal, following which he revealed the names to newsmen.

In a brief interaction with journalists, Rasheed expressed that the government has alluded to accepting one of the names for the top slot of the province.