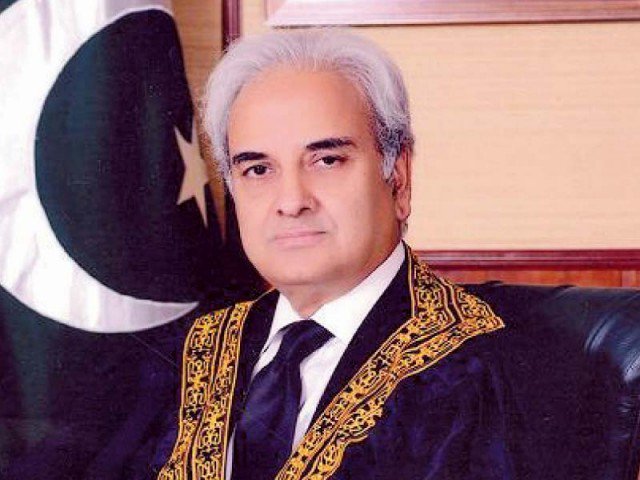 The retired judge assumed charged as the country’s 29th prime minister after the incumbent government became the second democratic set-up to complete its five-year constitutional term at midnight on May 31.

Justice  Mulk, known as an ‘English’ judge, is famous for his adherence to the policy of judicial restraint which is widely supported by the legal fraternity. During his tenure as the country’s chief justice, he did not initiate any suo motu proceedings. After his retirement, when lawyer Raheel Kamran Sheikh asked Justice Mulk as to why he did not take suo motu notices, the latter replied that if a judge takes suo motu notice, it means that he has already decided to move in certain directions and cannot act impartially.

Justice Mulk also headed the bench that rejected the plea to disqualify former prime minister Nawaz Sharif for lying on the floor of the National Assembly. He, along with two other fellow judges, accepted the task of probing rigging claims in the last general elections and headed the judicial commission for the purpose.

The former chief justice also gave an 88-page judgment in the 18th and 21st amendment case. In the verdict, he declared that Parliament has the authority to bring any constitutional amendment, which cannot be challenged in any court of law. He, along with two other fellow judges, accepted the task of probing rigging claims in the last general elections and headed the judicial commission for the purpose. All major parties had praised his conduct during the proceedings of the inquiry commission. After spending 86 days, the CJP had rejected the rigging allegations.