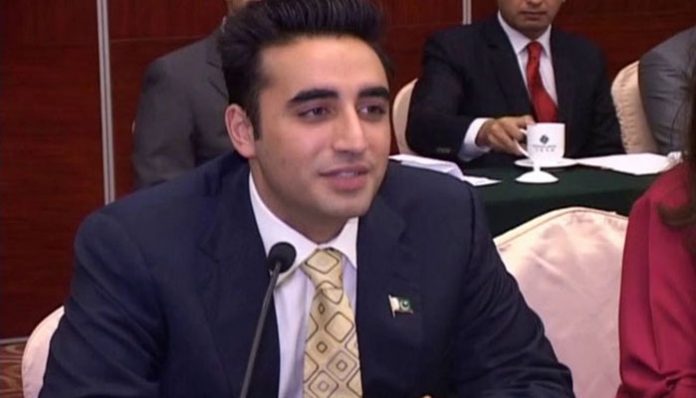 PESHAWAR, MAY 31 (DNA) – The internal differences and expected hooliganism in the planned protests by the activists of various groups in the party’s units are stated to be the reasons behind postponement of the four-day visit of Pakistan People’s Party (PPP) Chairman Bilawal Bhutto Zardari to Khyber Pakhtunkhwa.

PPP’s information secretary Senator Rubina Khalid had announced schedule of the visit at a press conference. She had announced that Bilawal would arrive in Peshawar on May 28 to mobilise workers for general election. However, she announced the same night the postponement of the visit.

She had said that the PPP chief would address lawyers at the Peshawar High Court on May 29 and visit Mardan to hold meetings with party office-bearers. He was expected to attend the Iftar dinner of former provincial president Senator Khanzada Khan.

On May 30, he was to participate in the press briefing at Peshawar Press Club and Iftar dinner at residence of former provincial President Syed Zahir Ali Shah. Bilawal was scheduled to go to Swabi on May 31. “It was the opportune time for the PPP chairman to visit KP to mobilise and unite workers,” said a senior leader.

“Growing differences among the workers and the planned hooliganism in the protest demonstrations in the presence of Bilawal are the reasons for the postponement of the visit,” he added:

The sources said that various groups of the People’s Youth Wings (PYO) led by Malik Amjad, Kamran Khan and Mustafa had unanimously planned to register protest at youth convention.

The sources added that Kamran Khan had been nominated as coordinator, Malik Amjad as president and Ghulam Mustafa as patron to resist the party’s nominated Samiullah group.

The dissident members of the youth wing, who have been protesting against the alleged corruption of party ministers, conveyed reservations the chairman’s visit to the residences of the corrupt ministers would not help mobilise the workers.

The ideological workers, led by former governor Masood Kausar, had decided to boycott and reportedly conveyed their reservations to the party elders.

Some senior party leaders including Anwar Saifullah Khan, Lal Mohammad Khan and Mian Muzaffar Shah were quoted as saying they had been apprising central leaders including Asif Ali Zardari, Faryal Talpur and Bilawal Bhutto Zardari about the party affairs, interference of some individuals and corruption of party ministers but they adopted mysterious silence.

Gohar Inqilabi claimed that all leaders and workers were on the same page and would jointly face their political opponents.

He said Bilawal’s visit to KP was aimed at mobilising the workers for the coming election. He insisted that the visit would be made at an opportune time. He said that PPP had completed and notified organisations for the rest of the province excluding the Mardan division.

The PPP leader hoped that his party would win minimum number of seats in the coming election.