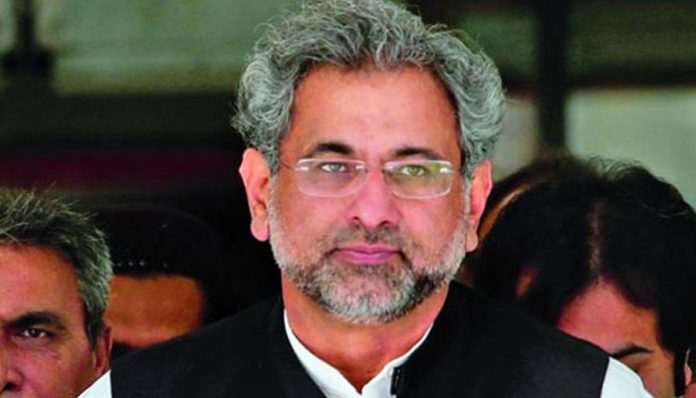 ISLAMABAD, MAY 31 (DNA) – After completing its five-year term, the federal government’s constitutional tenure will come to an end today i.e. May 31, Thursday.The National Assembly will dissolve at midnight tonight, allowing for a caretaker system to be established, prior to general elections that will take place on July 25.Following the dissolution of Sindh and KP’s provincial assemblies on Monday, the five-year term of Punjab and Balochistan assemblies will also end tonight.

PM Abbasi is scheduled to hold farewell meetings with his staff and other officers, before Pakistan Muslim League-N’s tenure ends today.

The farewell session will have legislators speak about their respective  performances during the five-year term.

Moreover, a contingent of Pakistan Armed Forces will present a salute to the PM as he departs from his office later today, during the session.

It is the second democratically elected government   that  is going to complete its  constitutional term .

In 2013, the Pakistan People’s  Party (PPP) government completed its term after being elected to rule the country in 2008.

No  prime minister has complete five years term in office. Yousaf Raza Gilani of PPP and PML chief Mian Nawaz Sharif were ousted from the office by the Supreme Court in 2012 and 2016 respectively.

Gilani lost the job for defying SC orders while Sharif was removed over corruption charges.