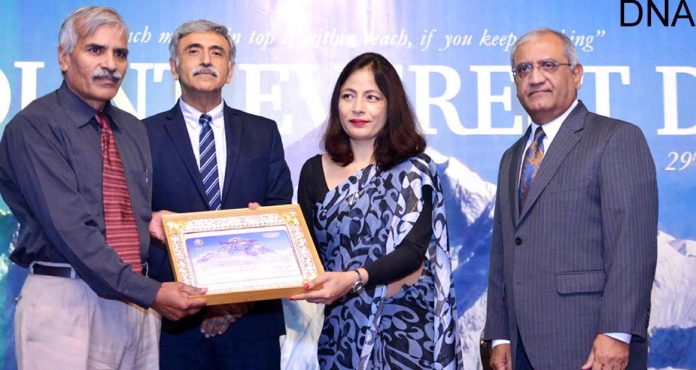 ISLAMABAD, MAY 30 (DNA) – The Embassy of Nepal celebrated Mount Everest Day 2018 in collaboration with Serena Hotels.The event was held at the Shamadan Hall with more than two hundred dignitaries, including members of the diplomatic corps and government, in attendance.Nepal has been celebrating Mount Everest Day since 2008.

Mr. Aitzaz Ahmad, Special Secretary of the Ministry of Foreign Affairs was the chief guest if the event, along with the mountaineer Abdul Jabbar Bhatti, who became the fourth Pakistani to scale the world’s highest peak, Mount Everest in 2017.

Mr. Aziz Boolani, CEO of Serena Hotels, said, “Pakistan and Nepal have both been blessed with spectacular mountains and extraordinary historical treasures many of which are world heritage sites. These are treasures that allow us to build our tourism and share the wonders with the rest of the world.”

Her Excellency Ms. Sewa Lamsal Adhikari, Ambassador of Nepal, shared that the Everest Day is special in the history of mountaineers, because in 1953 Mount Everest was scaled for the first time. Since then some 4,000 climbers have reached the peak.=DNA