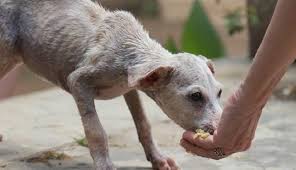 ISLAMABAD, MAY 30 (DNA) -The friendly stray dog population in Islamabad Diplomatic Enclave ‘survived’ their 2nd death threat since the beginning of this year.Islamabad People Actively Working for Strays (Islamabad PAWS), comprising of various diplomats and local citizens, is working towards a sustainable solution to manage stray dog and cat communities in the city.

The Diplomatic Enclave has been identified as the starting point to execute the CNVR concept which entails that stray animals are collected, anti-flea treated, neutered/spayed and vaccinated and thereafter released where they were caught.

Global studies have proven CNVR far more successful in comparison to the culling of stray animals, whether to limit rabies outbreaks or to reduce stray populations.

Islamabad PAWS kicked off with the CNVR initiative in the Diplomatic Enclave during mid-Nov 2017.  The dogs were first befriended and then transported to various well-known vets for surgery where after they were reunited with their packs.

The amount of adult stray dogs in the Diplomatic Enclave decreased from 23 to 14 due to rehoming and death.

Puppy numbers decreased from an initial total of 32 to only 3! Six female dogs were already pregnant when we started with the CNVR programme, however they were spayed as soon as their pups were rehomed.

All the dogs in the Diplomatic Enclave, except for two males, have been neutered or spayed as well as vaccinated against rabies and completed their 5in1 vaccination protocols. The dogs are also dewormed on a regular basis, thus posing no health threat to any humans who might get into contact with them

Free roaming owned animals, as well as unplanned and unwanted litters experienced by pet owners, contribute towards the growth of stray communities.

This state of affairs led us to extend our focus to the villages adjacent to the Diplomatic Enclave in an effort to limit the possibilities of additional strays entering the Enclave.

Working in these villages could also afford us the opportunity to educate people with regards to their animals’ basic care requirements as well as possible diseases and treatment thereof.

Veterinary Dr Sajid Hussain delivers a mobile medical treatment service on the spot while major surgeries and patients requiring long term hospitalisation will still be entrusted to one of the registered animal hospitals in Islamabad.

SSP Malik Matloob, Chief of the Diplomatic Enclave Police as well as Mr Sardar Khan Zimri, CDA, Sanitation Department Chief have played a critical role in the successful implementation and maintaining of the CNVR programme

Islamabad PAWS has welcomed any person passionate about animals, to work along as a volunteer.  Anyone can alleviate the hardship of being a stray animal by just offering a single chapatti to an animal and putting out a water bowl to allow easy access to water.

The success of this initiative depends on a concerted effort to spread and implement awareness of the CNVR programme and to instil responsible pet ownership along with CDA’s continuous support.=DNA