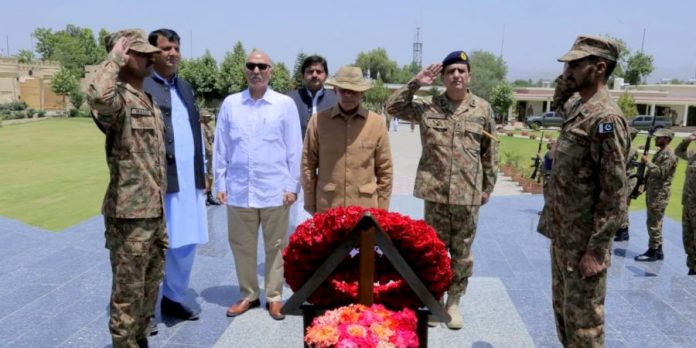 The Chief Minister and the Chairman Senate Defence Committee also laid wreath at Martyrs Monument at Miranshah in the company of GOC 7 Div Maj Gen Azhar Abbasi. They also offered fateha for the Martyrs and paid rich tributes to their sacrifices, which they had rendered for the motherland.

The parliamentarians later were also shown pictures depicting valiant struggle of the armed forces in that area.

The GOC also briefed the members about the preparedness of the armed forces to deal with terrorists effectively and with an iron hand. Members were told how effectively the Pakistan Army had dealt with the menace of terrorism.

The visiting parliamentarians praised efforts of the armed forces in bringing peace and normalcy to the area. Besides, the MPs also noted with satisfaction the rehabilitation of the displaced people, who were back in their areas living happily. =DNA