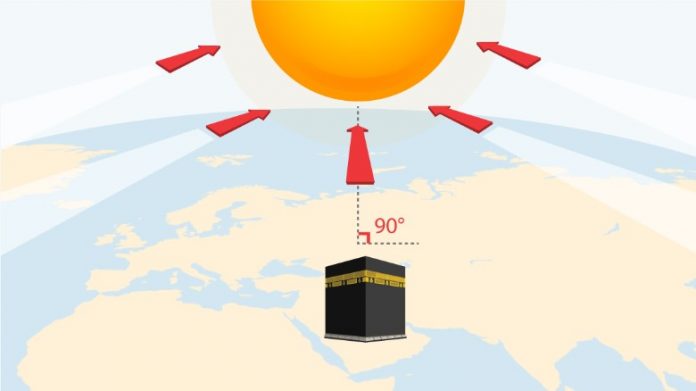 LAHORE, MAY 28 (DNA) – Muslims can mark the exact Qibla direction on Monday as the sun will shine at the head of Khaana Kaaba.According to astronomers, the sun will align directly over the Kaaba at 2:18 PST during the noon prayer.When the event will occur, the cube-shaped structure, draped in black silk at the center of the world’s most sacred Muslim site, will cast no shadow.

The direction can be located with the ancient method of observing the shadow of a stick while fixing it on the ground vertically. The shadow line will indicate Qibla direction.

The alignment of the sun over the Kaaba occurs twice every year.