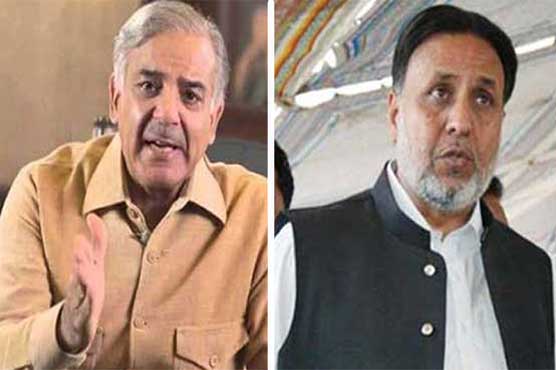 LAHORE, MAY 28 (DNA) – Chief Minister of Punjab (CM) Shehbaz Sharif will hold a second meeting with Opposition Leader in Punjab Assembly Mahmood-ur-Rasheed to decide the name of caretaker CM.
Both will consult over the new names chosen by the government and opposition.

Mahmood-ur-Rasheed has expressed hope to finalize the name in today’s meeting however; if that is not the case the matter will be referred to the parliamentary committee.

The opposition leader says that appointment of caretaker CM is a constitutional matter. “We will go with an open heart and will decide a suitable name. The politics of collusion has become a part of past. PTI has played the role of opposition in a principle manner and over the issues in the interest of public,” he added.

It is reported that names of Kamran Rasool, Nasir Khosa, Justice (retd) Sair Ali and Tariq Saleem Dogar came under discussion in the first meeting however; they are not the ultimate ones.

Meetings for the interim setup in Balochistan and Sindh are also being held today.

On the other hand, Sindh and Khyber Pakhtunkhwa assemblies and cabinets are set to dissolve today. Sindh CM Murad Ali Shah and KP CM Pervez Khattak will continue to perform their duties till the interim CM takes oath.

The federal, Balochistan and Punjab assemblies will dissolve on May 31. The public will use their right to vote for selecting next government on July 25.