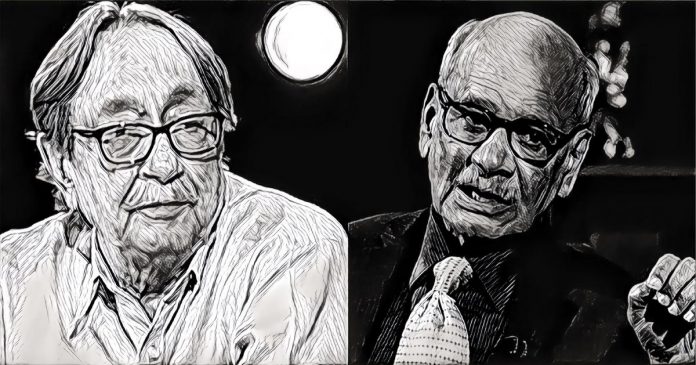 Former DG-ISI Gen. Durrani, has written a book ” The Spy Chronicles: RAW, ISI and the Illusion of Peace”, co-authored by Ex-RAW Chief AS Dulat.In this book he has revealed the true mindset of military by providing details of how Pakistani military cooperated with Americans on Bin Laden issue and sold Bin Laden for 50 million dollars.

According to Gen. Durrani; Army Chief Gen. Kiyani met the Americans on USS Carl Vinson in Arabian sea and finalized the deal, to hand over Bin Laden in exchange of 50 million Dollars.

Former DG-ISI also writes; that it was an officer of ISI who informed Americans about presence of Bin Laden in Abbottabad and in return, he demanded the prize money on Bin Laden’s head, along with US immigration and permanent residence in USA.

Although Gen. Durrani hasn’t mentioned the name of that officer, but for the record, we are mentioning it here. The officer who tipped Americans about Bin Laden’s presence at Abbottabad was Brigadier Usman Khalid, who is now a British citizen.
Reference:
https://www.telegraph.co.uk/news/worldnews/asia/pakistan/11616787/Revealed-the-British-Pakistani-general-at-the-centre-of-new-Bin-Laden-death-conspiracy.html

Gen Durrani also believes that the ISI officer who tipped Americans, apart from recieving the prize money, also recieved a share from 50 million dollars that were given to Gen. Kiyani. And according to Gen Kiyani, Bin Laden was handed alive, not dead as claimed by Americans.

According to Gen. Durrani, the whole nation has been kept in dark about the background of this incident, while military’s top brass got rich after this deal. This clearly shows how corrupt the military leadership has been and where their loyalties are.