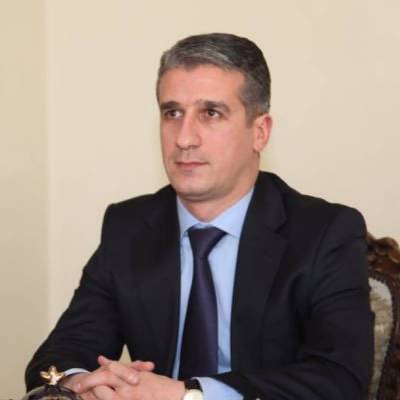 ISLAMABAD, MAY 25 (DNA) –Ambassador of Azerbaijan, Ali Alizada has said that Pakistan and Azerbaijan have enjoyed close cordial relations which are based on strategic partnership, confidence, mutual respect and trust.He was speaking during a reception that was held to mark the 100th anniversary of the national day of their country.Ambassador of Azerbaijan, Ali Alizada, also briefed the audience about the history and legislative activities, territory and Diplomatic relations.

Ambassador said that this day is traditionally celebrated in memory of May 28th 1918, the date when Azerbaijan Democratic republic was established as the first secular parliamentary and democratic republic in the east, and throughout the Muslim world.

He also mentioned about Azerbaijan Democratic Republic left an indelible mark in the history of national statehood with its rich state building experience and prepared a good basis for the future independence of Azerbaijan.

The history, the statehood traditions created 100th years ago remained in the blood and entered forever into the history of our nation.

The Democratic Republic of Azerbaijan proved that neither bloody tyranny nor the regime of suppression could terminate the independent state system establishment nor concepts of freedom of Azerbaijani people and 1991 Azerbaijan once again regained independence.

After regaining independence Azerbaijan made great strides in all areas. Now Azerbaijan is a state which successfully continues its dynamic development for more than 25 years.

Over these years Azerbaijan achieved stable and rapid growth in all fields within the country and by the wice policy of the President the dynamic development of Azerbaijan strongly continues.

The modern, emerging, stable, prosper and peaceful Azerbaijan is now the successor of Azerbaijan Democratic Republic and we are proud of it.

From the first day of the restoration of Azerbaijan, Pakistan and Azerbaijan as two brotherly countries always enjoy longstanding warm and cordial relations.

Pakistan-Azerbaijan have time tested relations which based on strategic partnership, confidense, mutual respect and trust. We always support each other on all international and regional issues, as well as on Nagorno-Karabakh and Kashmir issues based on UN Security Council resolutions.

We very appreciate the Pakistan’s fairly stand on Nagorno-Karabakh conflict and Pakistan always supports the territorial integrity of our country which is unanimously recognized by the international community and UN.

In 2012 and last year the Standing Committees on Foreign Affairs of the Senat and National Assembly of Pakistan adopted a resolution to demonstrate solidarity with the Government and People of the Republic of Azerbaijan and condemned the occupation of Azerbaijan’s territories by the Armenian armed forces and genocide perpetrated by Armenia in the Azerbaijani town of Khojaly in 1992 against the civilian population.

If we will glance to our relations for only one year, last year starting from the visit of H.E. President of Azerbaijan we had more than 30 mutual visits of ministers, government and military officials from both sides, such visits as the visit of Chief of Air Staff, the visit of Chairman Joint Chief of Staff Committee of Pakistan etc.

Due to excellent relations and brotherhood between our people and states we achieved good results in the number of visitors as well, in the last year and increased it more than 5-6 times in comparison with previous year and a number of visitors grow steadily.

We are very keen and try to boost our economic ties and trade turnower which have great potentials and fortunately the first quarter of 2018 shows increase in these ties as well.

With the aim to achieve good results in economic ties we had established two Joint Working Groups last year, one in Trade Cooperation, another one in Agriculture.

We also continued our fruitful cooperation on defence industry, security, cultural, science and education ties, started our energy cooperation and keep on our relations in humanitarian-social field.

During the year different humanitarian-social projects were also implemented by Heydar Aliyev Foundation of Azerbaijan in Pakistan. And we remain committed to further strengthen our relations with brotherly Pakistan.

Taking this opportunity, on the occasion of 100th Anniversary of Azerbaijan Democratic Republic I would like to congratulate not only my countrymen, as well as people of Pakistan, because we always share our grief together and rejoice in our success together, Ali Alizada said.=DNA