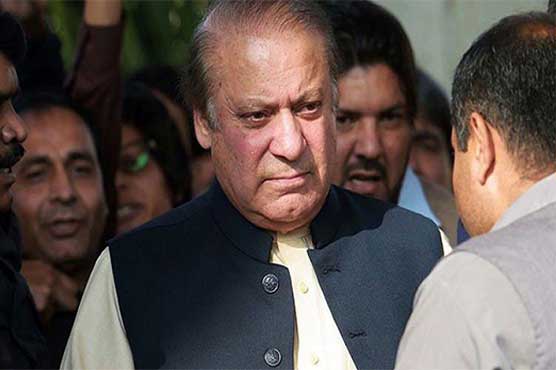 ISLAMABAD, MAY 21 (DNA) – Ex-prime minister Nawaz Sharif on Monday is recording his statement in a response to 29-page questionnaire handed over by accountability court regarding National Accountability Bureau (NAB) Avenfield reference.During the hearing headed by Justice Mohammad Bashir, Nawaz Sharif, his daughter Maryam Nawaz and son-in-law Captain (r) Safdar appeared in the court.

As an answer to first question, Nawaz Sharif has told the details of all the public offices he held so far. He has also answered the question related to the formation of Panama Joint Investigation Team (JIT).

I am 68 years old and I have served as Chief Minister of Punjab and Prime Minister of Pakistan. I had raised objection over JIT members under Article 10 (A) of the Constitution. JIT members were having political affiliation as Bilal Rasool was nephew of former Punjab governor, Nawaz recorded.

He said that son of Mian Azhar, Hamad Azhar took picture with Imran Khan in 2017, adding that Bilal Rasool had given anti-Pakistan Muslim League-Nawaz (PML-N) statements.

Earlier, Khawaja Haris, the counsel of Sharif family had obtained verified data of Panama Leaks case from Supreme Court (SC) ahead of recording his clients’ statements in Avenfield reference.

The record will be attached with the statements of Nawaz Sharif, his daughter Maryam Nawaz and son-in-law Captain (r) Safdar.