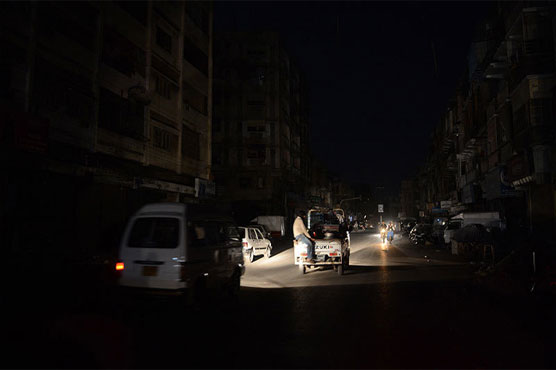 LAHORE, MAY 16 (DNA) – Most parts of Punjab, Balochistan and Khyber Pakhtunkhwa suffered a major power breakdown on Wednesday following technical fault in Tarbela, Muzaffargarh and Guddu power plant. According to spokesperson for power division, the power stations remained shut due to the fault, leaving a major part of the country without power.

He says that Mangla, Ghazi Barotha, Tarbela have been connected with national grid.

The gross production of electricity has reached 12000 MW whereas the process to restore power has been initiated.

The parliament has also been plunged into darkness from the past one hour while some of its floors are being supplied electricity from alternate sources.

The spokesperson says that the staff of National Power Control is busy eradicating the technical fault and power is expected to be restored soon.

On the other hand, Minister for Power Awais Leghari has said that electricity is being restored to the system after certain power plants tripped off in the provinces.

Speaking in the National Assembly on the blackout, the minister told that the situation has been normalized in the federal capital. However, it will take two to three hours to fully restore the power system. He said an inquiry will also be conducted to detect the causes of the blackout.