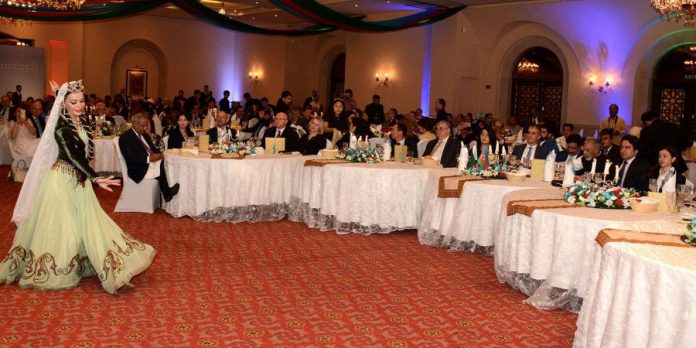 ISLAMABAD, MAY 15 (DNA) – Ambassador of Azerbaijan Ali Alizade has said his country was keen to deepen and diversify relations with Pakistan in all fields adding both countries enjoy excellent relations, which are constantly on the move.

Ambassador Alizade was speaking on the occasion of National Day of Azerbaijan and 100 Anniversary of the Azerbaijan Democratic Republic. 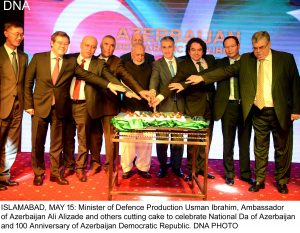 A large number of diplomats, members of the civil society and media attended the reception. Excellent performances by the artists from Azerbaijan added color to the event. The artists had flown from Baku to Islamabad in order to be part of these celebrations. Turkish Airlines sponsored the trip.

The ambassador also appreciated the Pakistan stand on the issue of Nagorno Karabakh. Last year the standing committee of the foreign affairs in the National Assembly of Pakistan adopted unanimously a resolution condemning the genocide perpetrated by Armenia on the innocent people of Azerbaijan, he added.

He said so far we have 30 high levels visits from Pakistan including visits of high level military and civil leadership. “I am satisfied that these visits have rendered positive results with regard to strengthening of relations between the two countries. Number of visitors from both sides has increased manifold which is a clear manifestation of close ties between Azerbaijan and Pakistan.

The ambassador also highlighted various humanitarian work which the embassy had been doing in Pakistan for facilitation of the needy people under the banner of Heydar Aliyev Foundation and other organizations.

He also congratulated people of Pakistan on this day and hoped brotherly relations between Azerbaijan and Pakistan will grow with the each passing day.=DNA