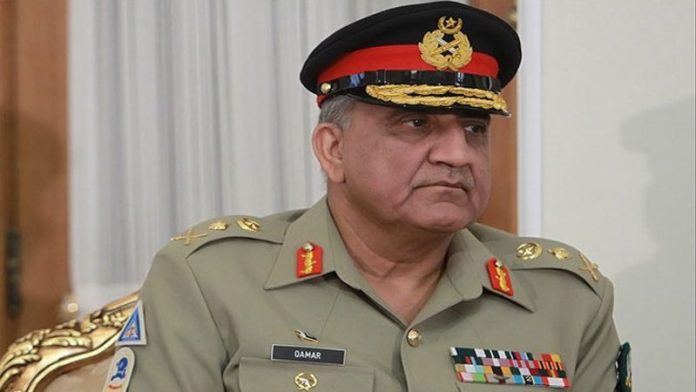 Pakistan Chief of Army Staff General Qamar Javed Bajwa recently paid a what the observers regard “highly successful” two-day official visit of Russia. In Moscow he met with the Chief of General Staff Russian Armed Forces General Valery Vasilevich Gerasimov at the defence ministry, and with the Commander of Russian Federation Ground Forces, Colonel General Oleg Salyukov at the the Kremlin Palance. Both sides discussed regional security, stability and bilateral security cooperation.

Both sides vowed to “keep on working towards a cooperative regional framework based on sovereign equality and mutual progress through connectivity.”

During the warmly received Russia visit, the Pakistan army chief stressed on three focal points: one, he made it clear that “Pakistan does not have hostile designs towards any country without naming India or Afghanistan”, adding “ we will keep on working towards a cooperative regional framework based on sovereign equality and mutual progress through connectivity; two, he said, “Pakistan welcomes any initiative which can bring peace and stability in Afghanistan and the whole region will benefit from it”; three, towing the official policy of the Government of Pakistan, Gen Bajwa said, “Pakistan wants to get out of the zero-sum dynamics of Cold War era that is still prevalent in South Asia.”

The visit was held at a time when Russia has announced to host the eight-member Shanghai Cooperation Organization (SCO) member countries armies’ joint anti-terror war exercises to be held later this month. Interestingly, India is also the China-Russia-led SCO member country, and New Delhi has confirmed its participation in the ‘extremely important’ event being taken place in the region. This is in the backdrop of reports of ISIS and other international terror groups active in Afghanistan and the Afghan Taliban who announced to launch the spring offensive. A number of terror incidents in parts of Afghanistan claimed lives of tens of civilian and security personnel as well as journalists including BBC correspondent.

The upcoming war drills under the SCO banner are likely to establish Pakistan’s leading role in the war against terror, and the participating member countries would benefit from the experience gained by the battle-hardened Pakistan military. This will not only bring Pakistan to limelight, but also help Islamabad to diplomatically and politically presenting its point of view before the world, stressing upon the need to recognize in befitting manner Pakistan’s selfless efforts towards making the world safe from 9/11, 2001 incidents.

General Bajwa’s three focal points primarily attempt to address Pakistan’s desire for peace in the region as well as within Pakistan where the country needs economic development and strengthening of bilateral and multi-lateral trade with the regional countries through China Pakistan Economic Corridor. This is heartening to know that Pakistan, during the last 10 or so years of WOT, has spent Rs. 297.3 billion on its fight against terrorism, which could have been spent otherwise for the uplift of the masses. Despite Pakistan’s frontline proactive role, physical engagement and heavy casualties as well as damages in the WOT, Islamabad’s relationship with Washington continues to deteriorate, probably under a well weighed design.

Americans since Mr Trump came to the White House have repeatedly accused Pakistan of not doing enough. It means, while Washington appears to have downplayed Pakistan’s critical role, Russia thinks otherwise. Gen Bajwa thanked General Oleg and said that “Pakistan reciprocates the desire of enhanced bilateral military engagements”, adding, Russia had recently played a positive role to help resolve complex situations in the region and Pakistan will continue to play its part in keeping conflicts away from the region and “seek approaches which bring regional convergences into play rather than the divergences”.

America’s toughened policy towards Pakistan has forced Islamabad to look to other regional countries like China and Russia. But relations between Pakistan and Russia have seen an unprecedented improvement during last few years. Pakistan’s political and military leaderships have lately been engaged in extending ties with Russia; President Zardari started paying visits to Moscow and brief Russian leadership on Pakistan’s point of view as well as its active role in the war against terrorism. Recently, in February, Pakistan’s foreign minister (now ex) Khwaja Asif visited Moscow to garner Russia’s support after President Trump pressurized Pakistan to do more. More recently National Security Adviser Lt-Gen (retd) Nasser Khan Janjua also travelled to Russia; the flurry of visits suggests a new push by Pakistan to diversify its foreign policy options after the US expanded its cooperation and strategic ties with India.

While India, Russia’s long-standing strategic partner, has joined the US camp, Moscow is also opening up its options that include reaching out to countries such as Islamabad. Pakistan has been pushing for a regional consensus on Afghanistan. Russia, China and Iran have endorsed Pakistan’s stance that the use of force will not resolve the lingering conflict in Afghanistan. All the regional players believe that the only way out to achieve elusive peace in the war-ravaged country can come through Afghan-led and Afghan-owned peace process.

Former army Chief Gen Raheel Sharif had also visited Moscow in 2015. The visit resulted in the first ever mutual military venture between Pakistan and Russia. Consequently, the first military exercise, Druzhba-216 (Friendship-2016), was held between Pakistan and Russia in 2016. This military drill lasted for two weeks, at a time when Pakistan-India tensions were particularly high. Believably that military drill not only strengthened Pakistan-Russia military ties but also provided a conducive environment for trust building.

Before Gen Raheel’s visit, former army Chief Gen Ashfaq Pervez Kayani also visited Russia. As a result of that visit, Russia and Pakistan signed a landmark defense agreement and Russia lifted an embargo on weapons exports to Pakistan. Such initiatives by Pakistan cemented relations between the two countries, and may make Russia and Pakistan major regional allies in the future.

Russia is concerned about the emergence of ISIS in Afghanistan, which may have major consequences for Central Asia and Russian territories with Muslim populations. Pakistan’s military has got enough experience in countering terrorism, and this can be helpful for Russia as well to benefit from the expertise and experience of Pakistan.

(The author is freelance columnist based in Islamabad. He can be reached at fzkhann@yahoo.com