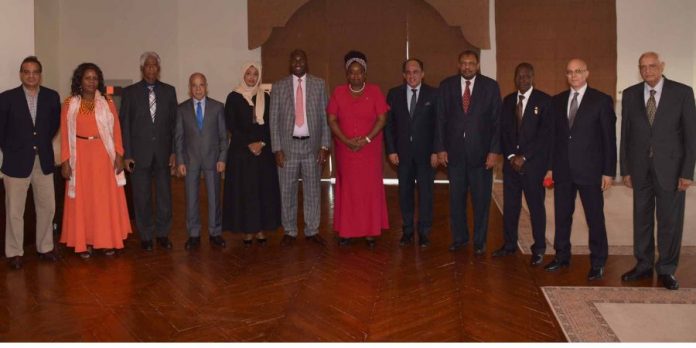 The Kenyan foreign minister further said her country’s relations with Pakistan were from cordial to excellent and hoped these relations will get boost in the days to come.

The Kenya foreign minister also talked about her meetings with the Pakistani officials and termed them very productive.

She said, she found Pakistani side very keen not only to diversify relations with Kenya but also to handle jointly challenges. She particularly mentioned her meeting with Prime Minister Shahid Khaqan Abbassi in which she discussed in detail areas of common interest with the prime minister.

She also expressed her views about various challenges faced by the African countries and sought fellow countries help to deal with these challenges.

The minister emphasized the need for intra-Africa trade adding the current level of intra-Africa trade was very low as compared with other blocs. She said for example intra-trade among the EU countries was 60 per cent that is why the bloc has made advancements in all fields.=DNA