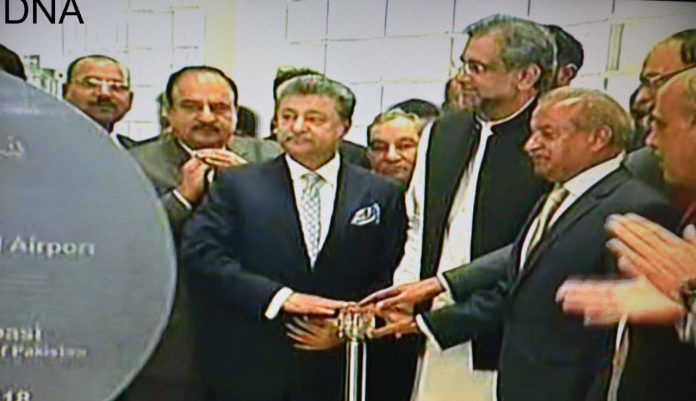 ISLAMABAD, MAY 01 (DNA) – Prime Minister Shahid Khaqan Abbasi has inaugurated the new Islamabad International Airport (IIA), on Tuesday. According to Civil Aviation Authority, first, an incoming flight (PK-300) of Pakistan International Airlines (PIA) from Karachi will land at the new airport at 11 am the same day, while first flight of the national airline will depart for Karachi at 12.30 pm.

The complete operation will commence from Thursday (May 3).

The opening of the airport was earlier set to be held on April 20 but it was postponed due to some technical glitches and security issues.

Meanwhile, the Minister for Interior, Planning and Development & Reform Ahsan Iqbal accompanied by the Director General Federal Investigation Agency (FIA), Secretary Aviation and other officials visited the New Islamabad International Airport on Monday and reviewed facilities being provided to the passengers.

Talking to media, Ahsan Iqbal said that the new airport was a victim of lack of direction and planning. He said that in five years we have worked hard with allied ministries & departments in not only actualizing but effectively completing this project.

[3] Additionally, Civil Aviation Authority of Pakistan is acquiring 2,833 acres (11.46 sq km / 4.42 sq mi) of land to build a third runway at the airport. Furthermore, it is also the first airport in Pakistan capable of handling the Airbus A380 and is expected to become a major hub serving Northern Pakistan.

The plan to construct a new airport was announced in January 2005 by Civil Aviation Authority.[4] A land of 3242 acres land was acquired at the cost of Rs 2.5 billion in November 2005 near Ranjha, Fateh Jang, Attock.[5]

The construction of a new airport was planned in response to increasing air traffic and passenger load at the existing Benazir Bhutto International Airport.

It was estimated that the number of passengers at the current airport is growing by 14 percent annually compared to national air passenger growth rate of less than four percent, making it the second busiest airport in the country.

Therefore, a site in Attock district was selected as the site for the construction of a new airport just a few kilometers from the Islamabad interchange on M1/M2 motorways. The foundation stone of the project was laid by former President Pervez Musharraf and Prime Minister Shaukat Aziz on 7 April 2007.[6][7]

It is being built on more than 3200 acres of land and consists of a passenger terminal building, 2 runways (28L/10R, 28R/10L), taxiways, apron and parking bays for wide-body aircraft.

There will also be a cargo terminal, air traffic control complex, fuel farm, as well as a fire, crash, and rescue facility. It will be equipped to handle all types of aircraft including the new generation aircraft such as the Airbus A380, Boeing 747-8 and Airbus A350 XWB aircraft .

The construction site of the airport is near the Rawalpindi-Fateh Jang Road near Fateh Jang, Attock, some 20 km from Zero Point, Islamabad and 23 km from Saddar, Rawalpindi.[8] The airport is being developed to be at par with international standards to serve as a major hub for all aviation activities in Pakistan.

The CAA asked a team of British architects to design the new airport. CAA signed an agreement with Louis Berger Group of USA in association with Pakistani consulting firm GT AASR, to undertake project management services.

This airport will be the largest and most modern in Pakistan upon completion. The ICAO code allotted for this airport is “OPIS” effective from 22 June 2017. On 20 February 2018, NOTAM was issued on the back of a high-level meeting chaired by Prime Minister Shahid Khaqan Abbasi. According to a NOTAM issued by CAA, New Islamabad International Airport (OPIS) is established and will be operational from 3 May 2018.[9]

The new airport will have modern Striker 3000 firefighting trucks to combat any unwanted situation.

Pakistan does previously own these trucks and they are currently present at various airports including Faisalabad and Saidu Sharif airports. However, the already-present trucks are Striker 1500 (4×4) generation. The new trucks at Islamabad Airport are of 6-wheel Striker 3000 series with 6×6 7-speed automatic transmission.

Oshkosh, leading American manufacturer, delivered 24 firefighting trucks to Civil Aviation Authority back in 2010 which included both 4 wheelers and 6 wheelers. The trucks are specifically designed for Aircraft Rescue and Firefighting (ARFF) to respond to and mitigate fire emergencies at airports.

The other specifications of the truck include;

Lets take a look at the truck. 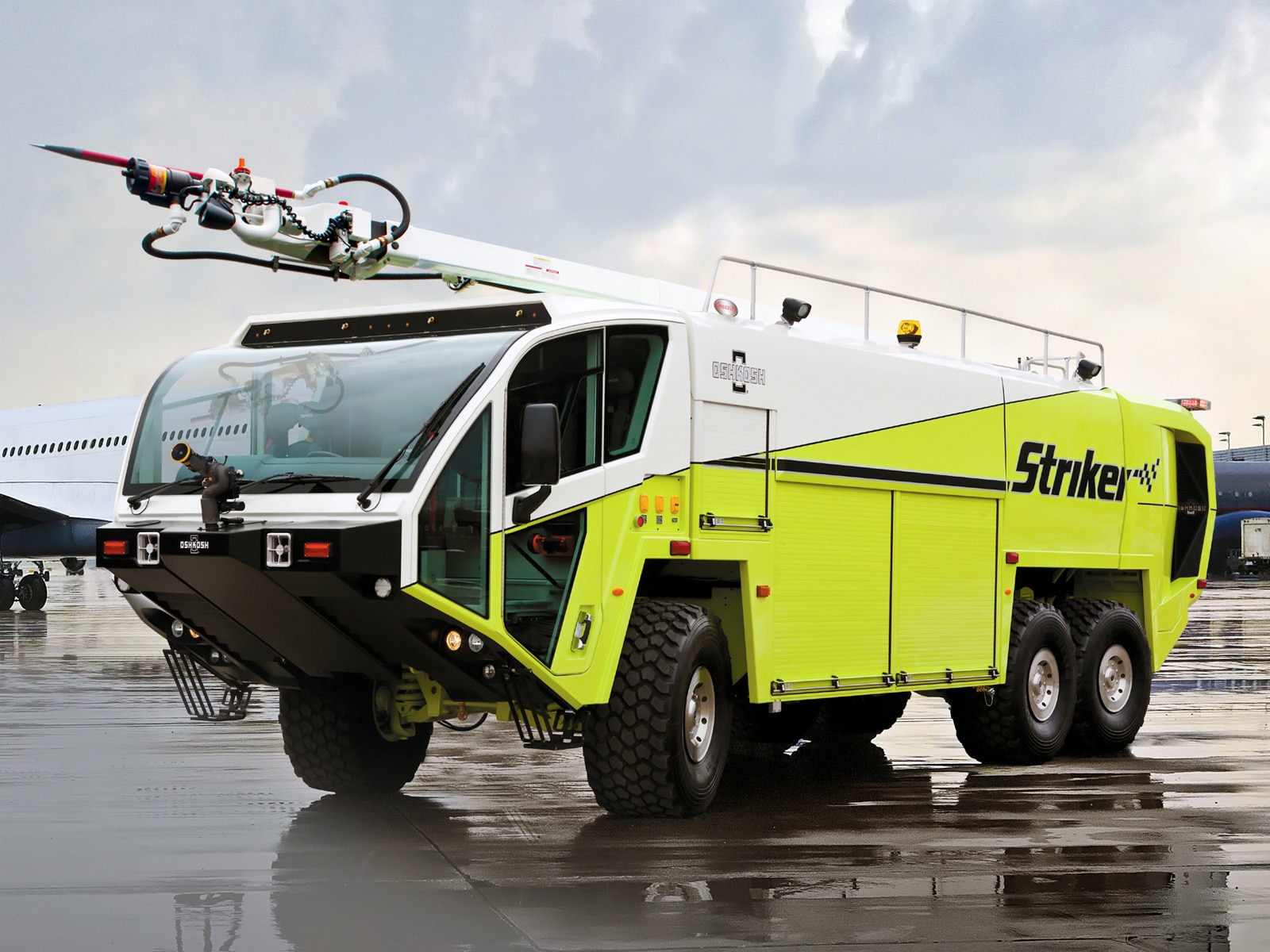 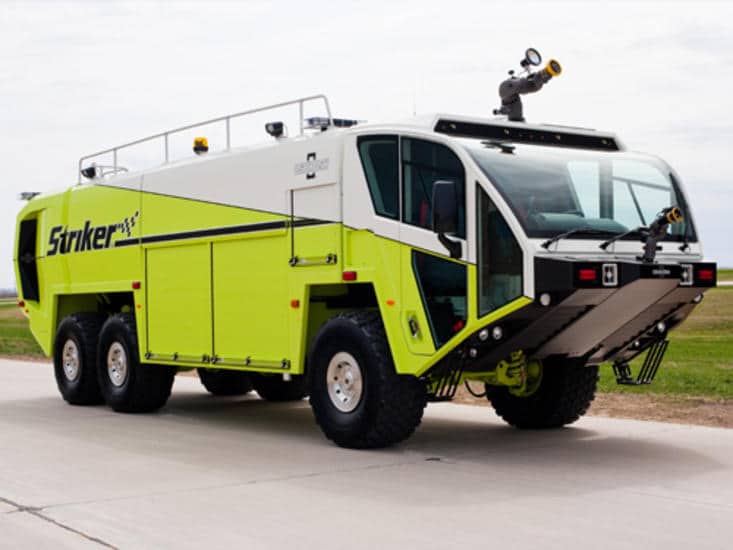 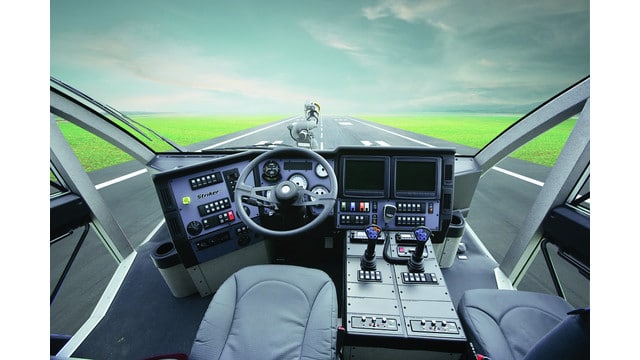 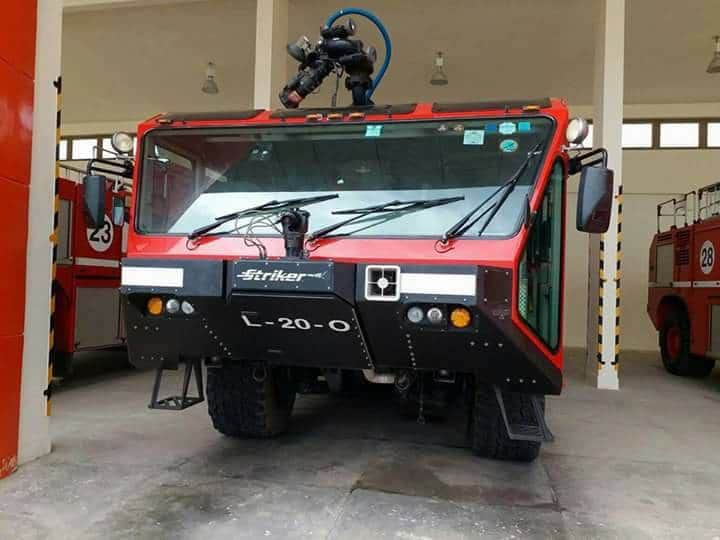 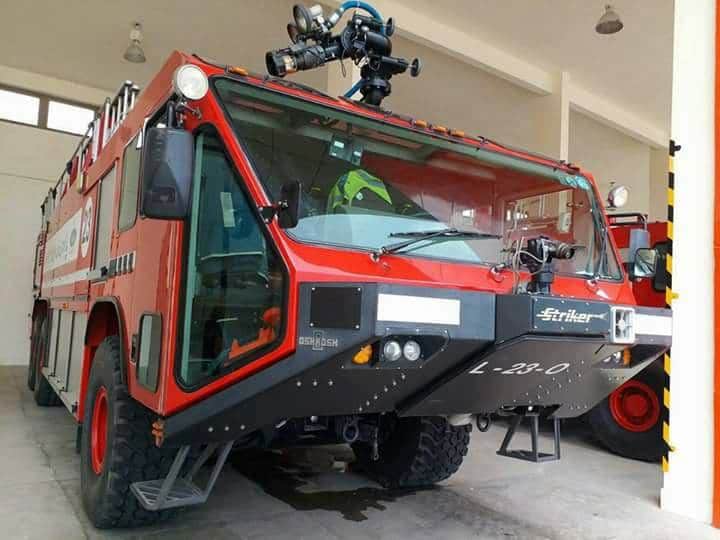 The truck is a great addition to the modern facilities in the new airport. However, we do wish the airport is inaugurated soon because we have been waiting in the wings for way too long.