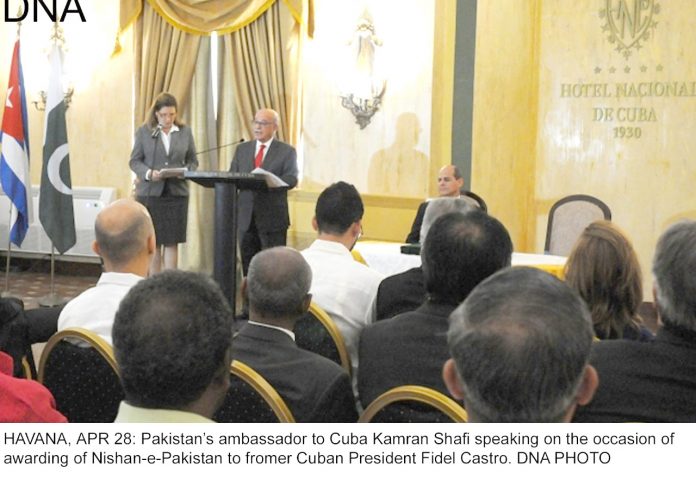 HAVANA, APR 28 (DNA) – The Pakistani government has paid tribute to the historic leader of the Cuban Revolution, Fidel Castro, with the Nishan-e-Pakistan, the highest civil distinction granted by that country.The award was granted for the first time in March 1957 for distinguished service to the country and the nation.

Leaders and personalities from different parts of the world have received the high Pakistani decoration, among them the ex-presidents of Yugoslavia Josip Broz Tito (1961) and South Africa Nelson Mandela (1992), the Chinese Head of State, Xi Jinping (2015), and the British Queen Elizabeth II (1960).

Fidel Castro (1926-2016) devoted great efforts to the integration of the Global South and solidarity among its peoples. 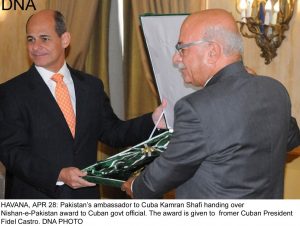 In 2005, the island sent about 2,500 doctors to Pakistan to take of the victims of an earthquake that caused tens of thousands of deaths.=DNA