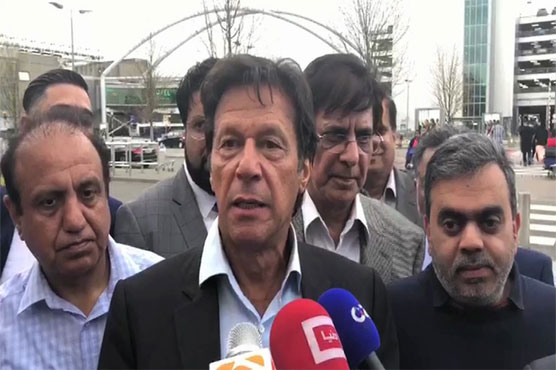 LONDON, APR 23 (DNA) – Pakistan Tehreek-e-Insaf (PTI) chief Imran Khan has said that the merit will be sole criterion for awarding party tickets for the upcoming general elections. Talking to the journalists in London on Tuesday, Imran Khan hinted at forming alliance with some like-minded political parties in the next general elections.

Without naming anyone, Imran Khan categorically rejected any political alliance with those who were involved in money laundering or who looted the wealth of the people of Pakistan.