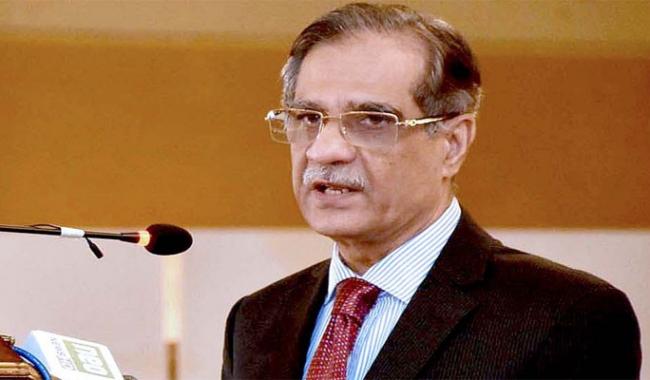 “Whenever any decision is taken, uproar of judicial martial law is raised. Those talking about it should clear their heads,” asserted the Chief Justice.

The sanctity of vote is to serve the nation whereas the responsibility to provide basic rights is on the state, he added.

“Have I done something wrong while working for the provision of basic rights? I do not have the right to increase the number of my judges. I should be provided with resources,” the CJP declared.

The Chief Justice pronounced that Pakistan was neither gifted nor given to us in charity. “Pakistan’s future would not have been like this if Quaid-e-Azam and Allama Iqbal had been among us in the beginning. How unlucky are those who do not have their own country. We have to work for Pakistan while setting aside personal gains,” he said.

The CJP stressed over the importance and significance of equal education. “The nations receiving education are progressing in the world. We have to eliminate the discriminatory culture. Providing equal system of education to all is the responsibility of the state,” he said.