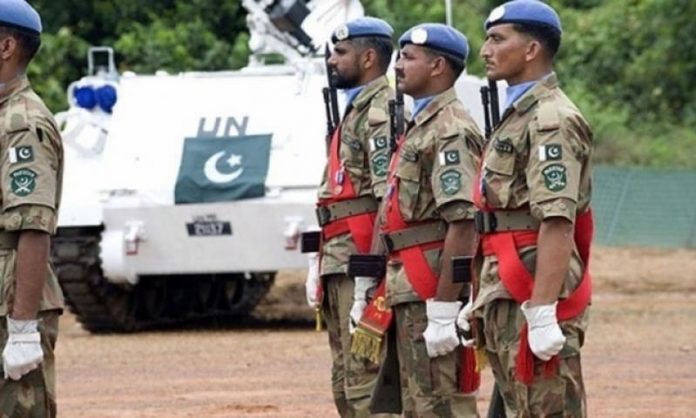 UNITED NATIONS, APR 19 (DNA) – The United Nations Thursday honoured at a solemn ceremony 140 military, police and civilian personnel from 42 countries, including seven Pakistanis, who lost their lives while serving in the world body’s peacekeeping operations during the period July 1, 2016, December 31, 2017. Tributes were paid to the fallen peacekeeper who sacrificed their lives for the cause of peace during the preceding year on the occasion of the annual UN Memorial service.

At the start of the ceremony, the UN chief and presidents of the General Assembly and the Security Council lit candles in memory of the services rendered by the fallen personnel. Pakistan’s Permanent Representative to the United Nations, Ambassador Maleeha Lodhi, was present at the largely-attended ceremony.

Pakistan is one of the largest contributor of military and police personnel to UN peacekeeping operations, deploying more than 7,000 uniformed personnel in the Central African Republic, Ivory Coast, the Democratic Republic of the Congo, Haiti, Liberia, South Sudan and the Western Sahara.=DNA