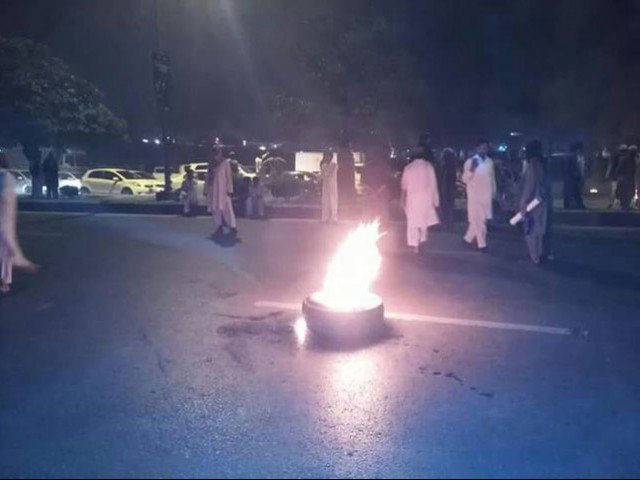 ISLAMABAD, APR 03 (DNA) – Protesters belonging to Ahle Sunnat Wal Jamaat (ASWJ) blocked Islamabad expressway near Zia mosque on Monday evening, hours after one of their central leaders allegedly went missing from the capital. The protesters told that ASWJ central deputy secretary Masoodur Rehman Usmani was picked up by unidentified persons from Sharifabad area in the jurisdiction of Koral police station in the afternoon.

“10-12 men in plain clothes came in five or six vehicles. Some of them were hiding their faces,” an ASWJ leader said. “They picked up Usmani and took him with them.”

“We demand that the leader be released or produced in a court of law if there is a case against him,” he added.

The road was finally cleared at around 10:30 pm after the authorities convinced the party’s supporters for the same.

Though the police initially said they were unaware of any such incident, the law enforcement agency’s high-ups later assured the protesters of recovering Usmani by tomorrow.

“We will protest again if he is not produced before the court by 11 am Tuesday,” the ASWJ leader warned.

Meanwhile, SSP Operations Najeebur Rehman Bugvi or SP Rural Hasam Bin Iqbal did not answer when asked who, if at all, had picked up the activist.