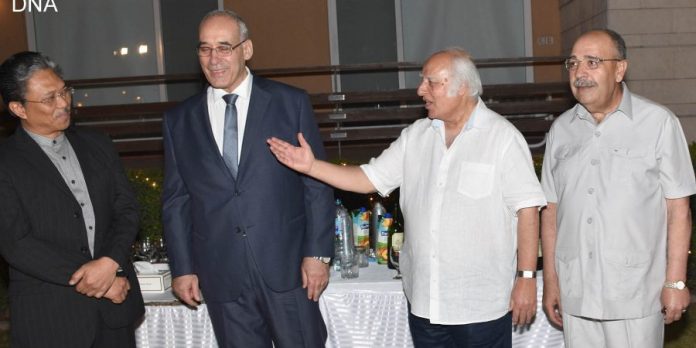 The outgoing Palestine ambassador in his brief remarks said during his tenure in Pakistan he tried his best to strengthen relations between Pakistan and Palestine. 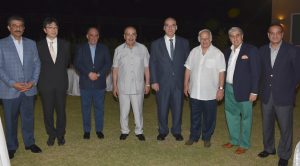 He said the recent visit of Palestine President Mahmoud Abbas to Pakistan to inaugurate the newly-built building of the Palestine embassy, indeed was a landmark visit that further brought both brotherly countries closer.

Ambassador Walid said he always considered Pakistan his second home and will remember memorable time spent in this beautiful country.

He added, Pakistan had always been a staunch supporter of Palestine cause. Pakistan has still not recognized Israel only because it rightly thinks the Israelis have been persecuting the innocent Palestinian people since long.

Ambassador Walid Abu Ali thanked Senator Baig for hosting him and providing him with an opportunity of meeting with his friends and colleagues.

Earlier, Senator Enver Baig highlighted the role of the outgoing ambassador, which he played to cement relations between Pakistan and Palestine.

Senator Baig said Ambassador Walid shall be remembered for his selfless services that he rendered to properly highlight the issue of Palestine with this hope that Palestine one day will become a fully independent state.

Senator Baig also lambasted Israel for meting out atrocities against the innocent Palestinian people calling upon the entire Ummah to stand up against aggressor Israel.

He wished success to the outgoing ambassador. Mr. Baig also welcomed the newly-arrived ambassadors of Lebanon and Malaysia who also attended the event. He hoped like their predecessors the newly-arrived envoys would also put in their best efforts to promote relations between Pakistan and their countries. =DNA