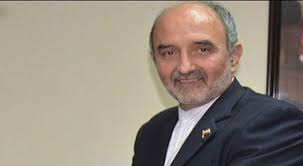 Donald Trump, President of the United States of America during his hostile speech on October 14, 2017 without mentioning a number of verifications by IAEA regarding steps taken by Iran to implement the content of JCPOA (joint comprehensive plan of action) claimed that Iran had not adhered to JCPOA. Despite his previous claims, he once again did not announce his exact strategy about regional policies and JCPOA, except requesting congress to impose more sanctions against Iran and IRGC. During his speech, he made some claims, which were mere misrepresentations and a handful of accusations against people of Iran. But claims could never be the basis of judgment but facts and performance could prove the claims to the true or false.

Since the victory of the Islamic Revolution in 1979, Iranian foreign policy has been developed and implemented based on principles of international law and international rules and conventions; respect for sovereign equality of all states and non-interference in internal affairs of others have formed the cornerstone of relations with other countries. After decades of dictatorship, dependence on foreign powers – especially the United States – and constant interference of those powers in Iran‘s internal affairs, the Iranian people, with their newly-established democratic government, had hoped to be able to finally build ties with neighbors based on equality and fraternity, free from political, economic and military rivalries; to form a peace-seeking nation that sought to replace enmity and bloodshed with friendship and cooperation. By contrast, the United States and its allies in the Persian Gulf region have persistently refused to accept realities of Iran and the region, and have vainly attempted to thwart the Iranian peoples’ quest for democracy and self-determination.

From the very first days of the Islamic revolution, the United States adopted a hostile, interventionist and destabilizing approach towards Iran’s newly-established government with the aim of overthrowing it. The United States’ bleak record staging several coup attempts, harboring terrorists, openly supporting Saddam Hussein during the imposed war against Iran even his use of chemical weapons against Iranians, aiding secessionist plots, downing an Iranian passenger aeroplane, and hundreds of other conspiracies against the Islamic Republic of Iran and its people — is undeniable.  Even before the Islamic Revolution, the United States sponsored a coup against the democratically-elected government of Iran in 1953, thereby showing its constant historic enmity with democracy and its support for dictators.

Terrorist groups that have found safe haven in and plotted against the Iranian people from the United States over the past 38 years murdered 17000 Iranians in the first few years following the Islamic Revolution. The Islamic Republic of Iran, while successfully establishing the highest standards of stability and security at home, has provided its advisory services to the people and security forces of Iraq and Syria, playing an indispensable role in combating terrorism, thwarting the Takfiri campaign to take over Damascus, Baghdad and Erbil, and helping uproot these groups from Iraq and Syria. The constructive role of our armed forces in combating terrorist groups — which the current U.S. president himself cited during his campaign as having been created by the U.S. has been instrumental in eradicating this scourge. It is unfortunate that, instead of discarding terrorism as a tool and joining Iran’s genuine counter-terrorism efforts, the United States continues to mislead about these constructive efforts as destabilizing.

The role of the Islamic Revolutionary Guard Corps (IRGC) in the frontlines of combating terrorism in the region is irrefutable. The Corps, a branch of Iran’s armed forces, has an impeccable track record of containing Takfiri terrorism, restoring gradual tranquility for the people of the region as well as safeguarding national sovereignty and territorial integrity of Iraq and Syria. The Revolutionary Guards are regarded as national heroes for their role in the defense of Iranian territory against Saddam Hussein’ army. Any action by the U.S. administration or Congress against the IRGC will constitute a strategic mistake and will draw the indignation of the Iranian people and a strong and unified reciprocal reaction. The U.S. President will have to bear full responsibility for all consequences of his rogue behavior.

Trump statement regarding JCPOA is not logical. The JCPOA is a valid international document and an outstanding achievement in contemporary diplomacy. It cannot be renegotiated or altered. The nuclear deal is not a bilateral agreement that can be annulled by unilateral action, but a deal endorsed by the international community and incorporated as a part of Security Council Resolution 2231. Other JCPOA participants, as well as the rest of the international community, should not allow the president of the United States to continue to mock and undermine the deal. The Islamic Republic of Iran will not be the first to withdraw from the deal, but if its rights and interests in the deal are not respected, it will stop implementing all its commitments and will resume its peaceful nuclear program without any restrictions.

Iran has demonstrated its good will by entering into and its conclusion of nuclear negotiations with the P5+1 to resolve a fabricated crisis, and we have proven our fulfillment of our undertakings by the good-faith implementation of our commitments in accordance with the JCPOA. In contrast, the United States fulfillment of its commitments has been lackluster and deficient from the very beginning, and in several cases—especially during the current administration—it has violated both the spirit and the letter of the JCPOA. The Islamic Republic of Iran has officially registered with the Joint Commission those violations, including failures in lifting of sanctions and policies preventing the establishment of an atmosphere necessary for normalization of trade and economic relations with Iran. The claim by the president of United States regarding Iran’s non-compliance has no international relevance or credibility, since the IAEA, as the sole authority to conduct such monitoring and verification, has repeatedly confirmed Irans full compliance with its commitments under the JCPOA. This proves once again that the United States is not a reliable negotiating partner.

Baseless assertions of US President were not limited to JCPOA rather he brought his hostility to the extent that name of Persian Gulf which had been clearly mentioned in all documents and historical books altered with ambiguous name of Arabian Gulf.

Undoubtedly, the world is watching the steps and unfounded statements of US President and will correctly judge it. That’s why no world leader, even permanent member of UN Security Council has not shown readiness to support Trump.